Every now and then, I use this very blog as a reference†: which scarf did I knit for Kelley? what was the name of that perfume? what's the proper generic for Zamboni?‡

That one stopped me dead in my tracks Saturday night. I was trying to impart some wisdom on The Twitter, so I hopped to the blog and searched "Zamboni."

Then I looked through my post index and found - *gasp* - I WENT TO ZAMBONI SCHOOL% AND ALL YOU GOT WAS THIS LOUSY T-SHIRT.§

There may be more of this. One of my great #OldAndFeeble tricks is to set something up so thoroughly in my head that I think I did it. I know I do it with email and occasionally phone calls. I had no idea the blog had fallen victim.

In February, Steve and I went to Ice Camp. We learned the history and mechanics of ice resurfacing equipment¶ in a classroom setting. 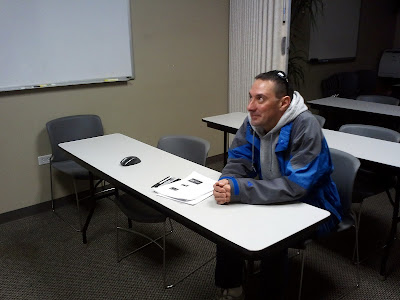 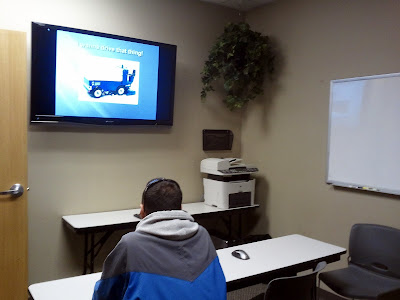 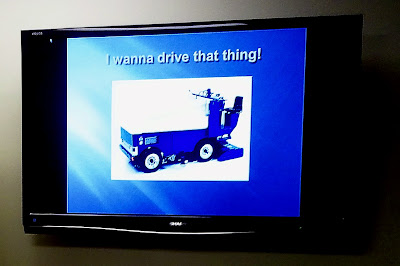 Then we did some hands-on# illustration of what the TV told us. 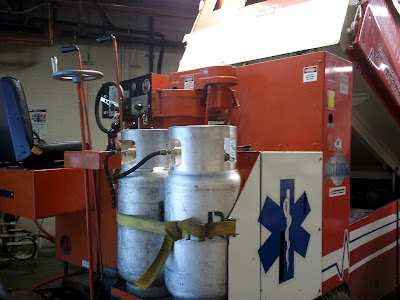 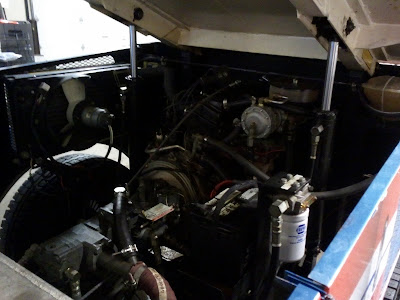 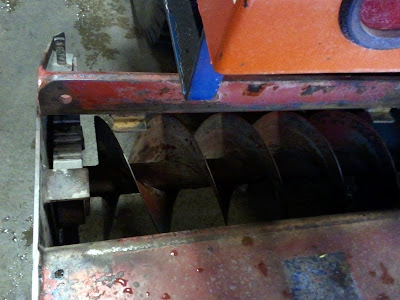 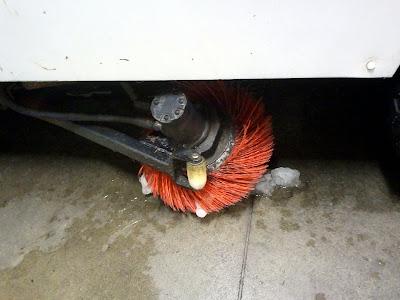 We watched an ice resurfacing machine empty after a productive trip around the rink.


We had photo ops. 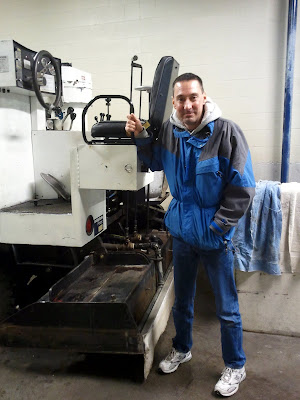 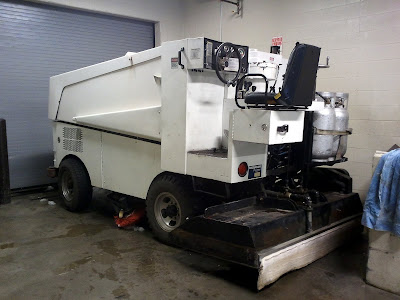 Then we drove the beast.


Dudes, if we were in a disaster movie and the Zamboni operator freaked out or had a heart attack,‡‡ I could totally resurface an ice rink.

§FOOTNOTE (swerved): It's actually a cool t-shirt that says "I drove the [picture of a Zamboni] at The Ice Ranch." But you don't actually get it. You have to *earn* it.

¶FOOTNOTE (paragraphed): Which is the generic of Zamboni.

#FOOTNOTE (pounded): Literally, though you have to be careful, as there are blades that cut and pumps that suck.

‡‡FOOTNOTE (doubble-crossssed): I think this movie should be made. It should be called "The Ice Marin Cometh."
Posted by Marin (AntiM) at 12:42 AM 1 comment:

Labels: Educational, Hockey, I Have Superpowers, Old and Feeble, Steve

I mean, I am, but I'm not reporting here. I just checked in on Allison's blog. She's a writer, but clearly she has an interest in knitting too.
Posted by Marin (AntiM) at 6:27 PM No comments:

A Tale of Two Boots

I stand accused of being cutting edge.

Yeah, it's even funnier if you knew me in high school, like my accuser did.

See, Jeffe† said she was getting some of those slouchy boots, like we wore back in the 80s, when we also hacked our t-shirts up Flashdance-style and thought the bi-level haircut‡ was the height of edgy, futuristic sophistication.

We were teenagers. Our taste was questionable.

Yet here we are again,§ shoulder pads, pegged jeans, neon colours... but the elf boot¶ is classic.

I had a pair of black suede elf boots. And when I say "had," I mean until six years ago when I decided to hand them off to ARC# in the cleaning-for-moving frenzy when I bought my house. I'd had the heels rebuilt†† and recapped,‡‡ but the suede fuzz on the toes and heels was worn to a shine, so I decided my 24-year-old boots had their day.

On into the future, I was doing a little wardrobe work last fall, when the personal shopper at Nordstrom suggested a pair of Steve Madden boots.

Boots EXACTLY like my elf boots, only cured leather instead of suede. 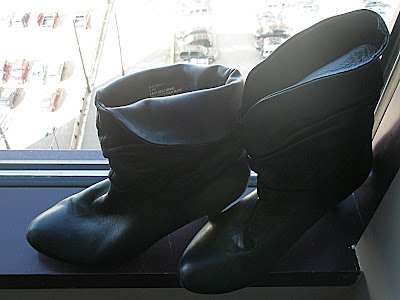 And, y'know, with the Steve Madden label inside. 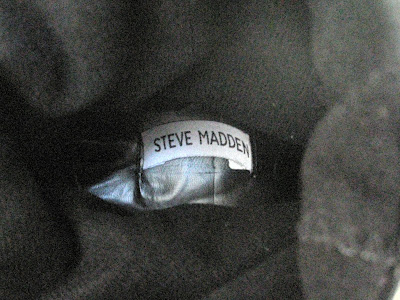 The rest of the story is that when Jeffe said she was getting a pair of 80s boots, I told her I got a pair last year, at which point, she declared me cutting edge.§§

We all know different - I'm a dork with a streak of nostalgia who's never quite gotten over having to give up her elf boots.

¶FOOTNOTE (paragraphed): If you were into Dio or Dungeons & Dragons in the 80s, it was definitely an elf boot. I'm not confessing, just sayin'. You don't have pictures, you can't prove anything.

#FOOTNOTE (pounded): I did not, however, hand off my 31-year-old Nike All-Courts with the baby blue swoosh. They're in terrific shape for their age, and I love when the skate punks stop me in the mall and say, "Rad shoes, dude. Where did you get them?" And I say, "1980."

§§FOOTNOTE (two slouches): And challenged me to a blog-off, in which she was going to use my "Like high school, only Steve Madden" line first. I lost the race in spectacular fashion, but maintained my stubborn insistence on ignoring people trying to get me to blog. Small victories are better than none.

¶¶FOOTNOTE (two boots): 'Cause it sounds much classier than "old people nostalgia hoarding."
Posted by Marin (AntiM) at 9:07 AM 9 comments: