I don't like the world nearly as much without her.

Anytime I sit and think about it, I'm so grateful I got a chance to say goodbye and to tell her how much I love her before she left.

Take a moment and tell someone you love just how much, even if you think they already know.

My father's wife† sent me a very special Valentine. 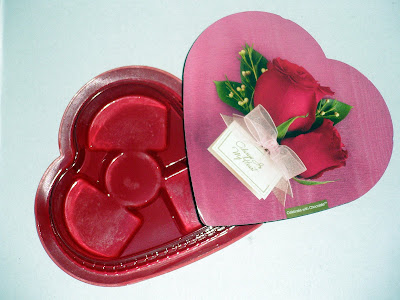 "How nice," you may be thinking right about now.

Step back, funk soul brother;$ it *came* that way.

She sent me an EMPTY CHOCOLATE BOX.‡

For the record, my father and the Wicked Stepmother recently went on a two-week Hawaiian cruise.

I had dinner with Dad upon their return, and he told me Peach got me a present, but she drank it before she got home.

Yeah, she thinks she's as funny as I think I am.§


†FOOTNOTE (crossed): Henceforth to be knows as The Wicked Stepmother. You'll understand here in a second.

ETA: $FOOTNOTE (dollared): Now I can't get that song out of my head. I earwormed myself.

‡FOOTNOTE (double-crossed): And when the Brothers Grimm write about my life, you'll be my witnesses.

§FOOTNOTE (swerved): Apparently it runs in the family... and we're not even blood. For those of you scoring at home, there was actually a bag of Godiva Gems waiting in the back seat of the car. Y'know... don't cry for me, Valentina.
Posted by Marin (AntiM) at 7:03 PM 12 comments:

You are SO glad I found my camera and its slippery cable.

Chronologically, here's the first set of photos I cleaned off the old memory card: 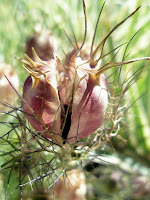 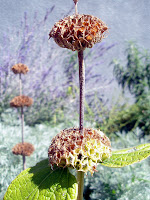 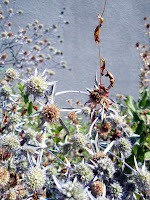 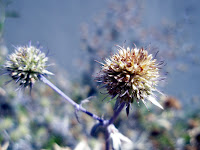 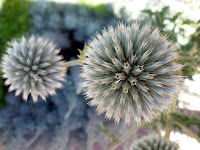 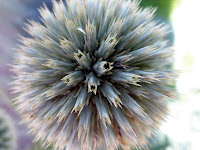 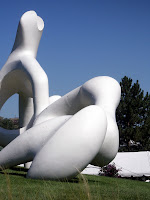 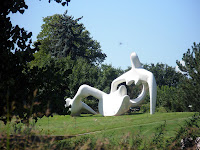 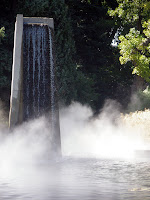 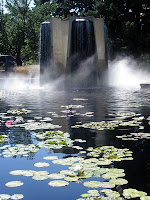 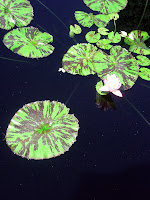 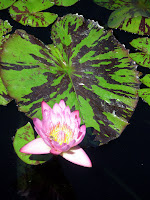 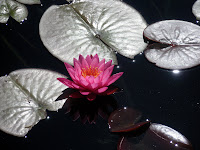 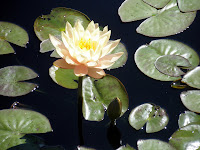 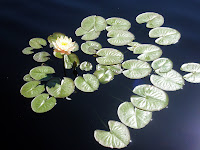 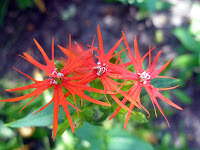 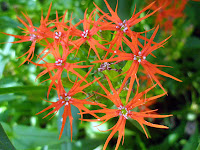 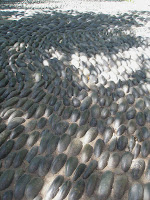 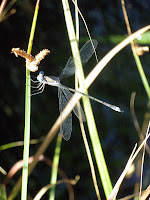 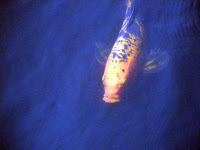 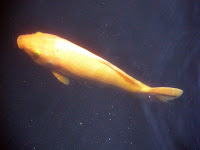 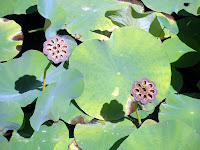 I like botanical gardens. I like taking pictures of plants. I now have a membership to the Denver Botanical Gardens. It's one of the many things I like to do with my Fridays off. 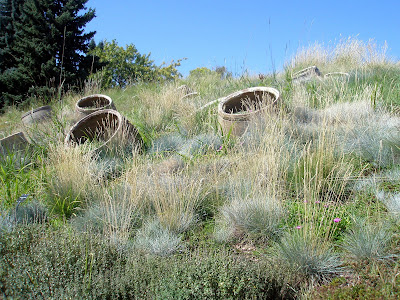 This one looks like it would make an excellent basis for a Smash Putt hole.

But that's another story for another day.
Posted by Marin (AntiM) at 4:49 PM 2 comments:

Found the cable in December, but lost the camera.

Found the camera this week, then realised the cable I found was for an old cell phone.

Wondering if hundreds of pictures of the Liberace Museum are too passé to post. 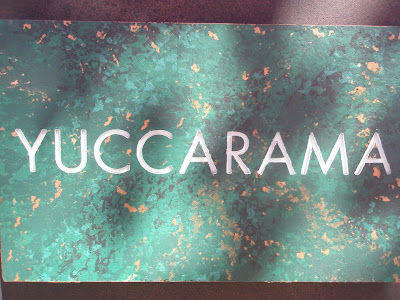 Labels: Boy do I have good news for you, Dork, Old and Feeble

I Can't Believe I Forgot to Hit Publish

I found this on December 3:

I shared it on Twitter. I also emailed it to Brother, Father and Kelley.†

I CAN'T BELIEVE I FORGOT TO HIT PUBLISH.‡


†FOOTNOTE (crossed): Who are less likely to appreciate it as fully as you do.

I Have a Story for That

My friend Laura said that was my signature phrase.†

Two years ago, we were standing around in Matt's kitchen, reminiscing. Matt brought up that it was our 20th year of Elk Bowl mayhem and we had missed an opportunity to ramp up the festivities for the 20th.

Justice, who is becoming more of an accountant every day,¶ through a series of hand gestures and convoluted explanations, illustrated how the next year would actually be the 20th.

And there was much rejoicing.

Meanwhile, back in my brain...#

Those personalised M&Ms had just come out and I'd been dying to make my own M&Ms. It seemed a match made in silly traditions heaven.

Just for the record.

So this year, the Supreme Elk sent out an email about the 20th and did we want t-shirts? and let's design some t-shirts and such.‡‡

Through a series of emails and convoluted explanations, he illustrated how the previous year had been the 20th.

We'll deal with Justice at the party today.¶¶ Meanwhile, we're saying fuck it## - we don't remember half of them anyway,††† so who cares if it's 20 or 21?

‡FOOTNOTE (double-crossed): Have a story, that is.

§FOOTNOTE (swerved): For the love of all that is holy, please sprinkle a whole flock of trademark and copyright and registered trademark stuff on that. There's enough proprietary material in there to keep a flotilla of lawyers happy for years.

¶FOOTNOTE (paragraphed): This is not a compliment.

#FOOTNOTE (pounded): Where it's dark and quiet. You should consider vacationing in there.

†††FOOTNOTE (I can see your house from here): Turns out that's the theme of the t-shirt we eventually agreed upon.
Posted by Marin (AntiM) at 12:41 PM 1 comment: 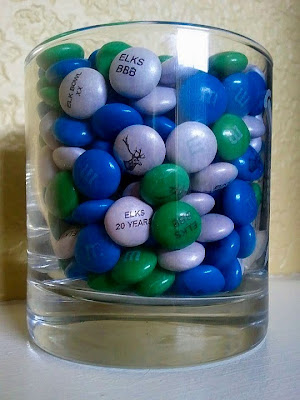 Islands in the Stream of Consciousness

It could be one of *those* blogposts.†

A few things‡ have happened since last I (really) posted.

I could get seriously philosophical here, because, as I was lining up my excuse ducks,§ I realised how telling they really are.

I suspect I genuinely have more work than I used to, now that I'm a Paid Hack for the Corporate Machine, but I can say for a fact that my time is parcelled out very differently. I have vacation time. And sick time. And hours.

Practically, it's not that much different from when I was contract. Philosophically, I feel a much greater sense of obligation.

But I now have a lot of stories.


†FOOTNOTE (crossed): One may wonder that there's a blogpost at all. One may have strongly hinted on Twitter about one's suspiciously absent blogposts. You know who you are.

§FOOTNOTE (swerved): You know, so you can shoot them down.

¶FOOTNOTE (paragraphed): It's a good, all-purpose duck, which is a real phrase about real ducks in duck shows and one of Steve's best-loved terms. More on Steve later. But in case you wanted to know, some ducks are raised for down, some for meat and a good, all-purpose duck has qualities that make it good for both. You're welcome.

#FOOTNOTE (pounded): Which differs from "work" in the face you make when you say it.

††FOOTNOTE (ddouble-ccrossed): That's the second duck, but who's counting.

‡‡FOOTNOTE (doubble-crossssed): Occasional bouts of techui, under which I shamefully ignored Twitter and occasionally email for abnormally wide swaths of time.

§§FOOTNOTE (time swirls when you're having fun): Because we've been doing lots of fun stuff, and fun stuff takes *time*.

¶¶FOOTNOTE (is that a Wii controler? EEK!): Who bribed me to Vegas with martinis and sushi, then moved to New Zealand, leaving me bereft. I was totally reft before that.

##FOOTNOTE (bomp bomp): Wii is totally kicking my ass. Not in the way you're thinking. I'm totally intimidated by it and, even though My Friends at Nintendo have sent me games and a disco light and a cool game involving yarn and felt, I still play more on the nephews' Wii than on my own. Because my Wii scares me.

†††FOOTNOTE (very, very cross): Seriously. All my Vegas photos - including the Liberace Museum, which is now closed - plus the Christmas Eve Ugly Sweater Party and an assortment of other worthy subjects. I think the car ate it. The car ate Kate's CDs; we tore the car apart looking for them, but the car just spit them out two years later when I was looking for the cell phone I'm convinced it ate.

‡‡‡FOOTNOTE (stitched together like Frankenstein's monster): I'd do more now, only I received what I see as barely-veiled threats should I not post something soon.
Posted by Marin (AntiM) at 6:02 PM 7 comments:

You guys really are listening.

Is This Thing On?