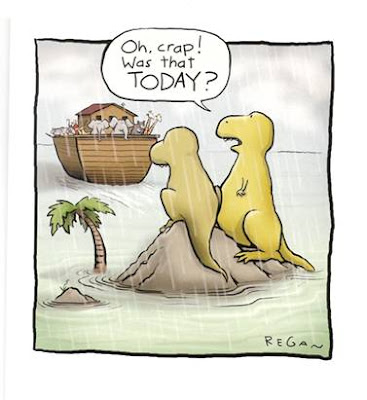 Dad sent this to me. I love it. I want to turn it into a mural on my living room wall.
Posted by Marin (AntiM) at 11:21 AM No comments: 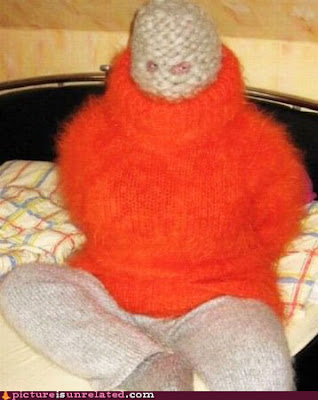 We haven't visited the concept of CHICKENS! in quite some time.

Hell, we haven't really had that many blogposts in quite some time. Let's remedy that now, shall we?

Checkin' on Them Chicks in Fort Collins

Across the nation, more than 30 cities passed ordinances that make it legal for people to keep chickens in their backyards, including Fort Collins, where one year later all the squawking over whether to pass the new law has settled into a soft, but distinct, clucking sound. Thirty-six households have since acquired chicken licenses and are apparently farming their own super-fresh eggs. And just six of the more than 14,300 calls animal-control officers received involved chickens. "Not much has happened," Bill Porter, director of animal control with the Larimer Humane Society, tells 9News . Four roosters in town upset neighbors, but those were "accidents," Porter tells the Fort Collins Coloradoan, saying the owners "thought they were buying hens as chicks only to discover they were roosters." The ordinance allows residents to keep up to six hens, regulates coops, and prohibits slaughter. Susan Orlean recently wrote about the history of chicken farming and its revival for The New Yorker (subscription required), which features video of the author with her chickens online. Orlean also took some time to answer reader questions via chat. --MdY

[SUMMARY: Hens are a peaceful lot. Roosters, not so much. There may be a lesson in this.] 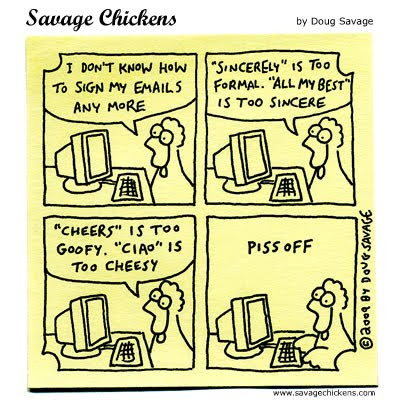 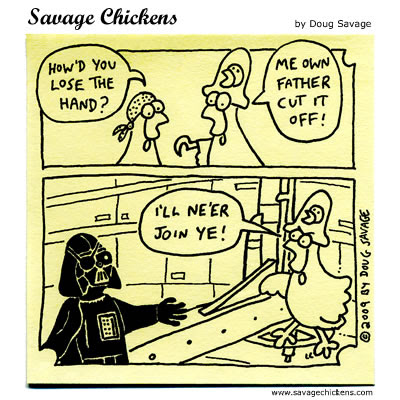 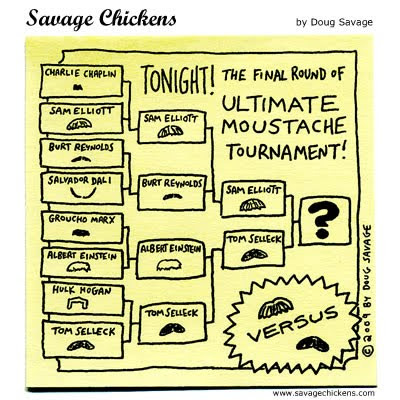 From the next block over§, as caught by my camera phone¶: 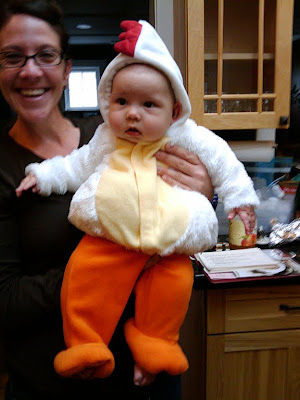 [SUMMARY: You might say we just licked the chicken#.]


†FOOTNOTE (crossed): How much geekier? None. None more geekier.

‡FOOTNOTE (double-crossed): Kim, you'll be happy to know that, while Sam Elliot may not have won a Knitters' Hunk competition in recent memory, he did win the Chicken Moustache Tournament.

§FOOTNOTE (swerved): Where the not-evil step-brother and step-sister-in-law live with most pudgy-cute step-nephew, Noah (pictured here, resplendent in chicken regalia).

#FOOTNOTE (pounded): Ooooh... I think we're on to something. Who needs a turducken when you can have a chickpigen?
Posted by Marin (AntiM) at 10:42 AM No comments:

I just spent most of an hour on hold via the voice mail system at the State of New Mexico trying to get through to somebody to let them know the Energy, Mining and Natural Resources Department website had gone 404.

It was when I was noting in my email to the webmaster that nobody was answering the phone that I remembered this is a holiday.

So happy Columbus Day to each and every one of you.
Posted by Marin (AntiM) at 2:25 PM No comments: 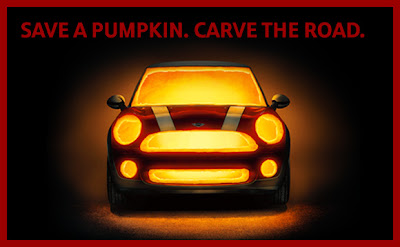 I just love it when I get email from Mini Cooper.
Posted by Marin (AntiM) at 3:11 PM No comments:

You know all those world record Thriller dances going on worldwide?‡

I vote we go for this instead.%


Sorry if you already saw it on Facebook.§ Sportsguy, sciFi geek, lost in Korea, and all around tall tall man Van¶ shared this and I think it's worth the double-booking.


†FOOTNOTE (crossed): Not literally. That would be gross.

%FOOTNOTE (percented): TOTALLY safe for work, grandmothers, kids... whatever. At least until we get a translation. For all I know, he could be talking about doing Michael Jackson-quality stuff to grandmothers and kids. That would be gross.

‡FOOTNOTE (double-crossed): Presumably. I've seen blurbs about it for several different cities, and I know Denver is one of them.

§FOOTNOTE (swerved): I try really hard not to cross-populate my social media too much. I feel my constituency -- both of you -- deserves variety. Just not in this case.

¶FOOTNOTE (paragraphed): Van is the man. If Van wasn't married...
Posted by Marin (AntiM) at 6:49 AM No comments:

The Neiman Marcus Chistmas Book is Out 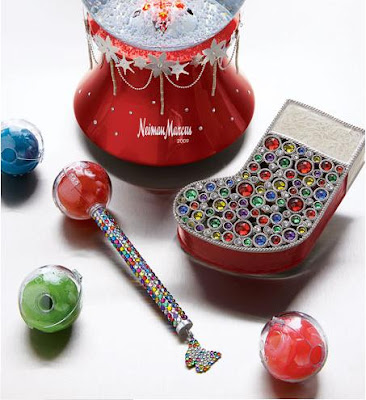 Four Lollipops and Handle Set: We've got a plan for our pops —an ingeniously delicious plan. Take our 6.25"L crystal-encrusted handle with signature logo butterfly charm (it's the must-have accessory), attach a delicious (edible) lollipop head, then enjoy! In between licks, the protective bubble cover keeps the lint off your lolly. Our exclusive set includes metal handle, clear cover, and four edible pops to charm kids 10 years and older. Flavors include Blue Raspberry, Watermelon, Green Apple, and Cream Orange. Made in the USA.

[SUMMARY: Money, sense and the vague relationship† between the two.]


†FOOTNOTE (crossed): Do you suppose it's telling I originally typed "relationshop"?
Posted by Marin (AntiM) at 1:16 PM No comments:

So I finished† the Guitar Hero Sweater,‡ only a month late.§

[SUMMARY: Go AntiM! Take your excuses with you!] 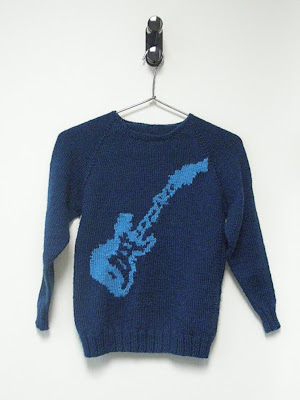 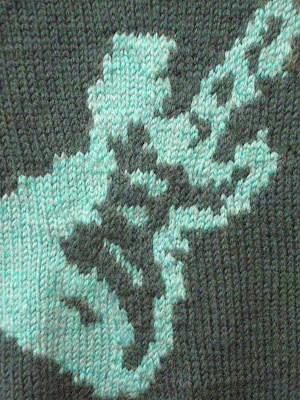 It looks lovely and serene sitting there on the hanger, doesn't it? But we all know you can't get the real sense of a guitar sweater without seeing it on its intended owner.

Tallest, Hairiest Nephew¶ knows the rules established long ago by his father: you have to take one nice picture... 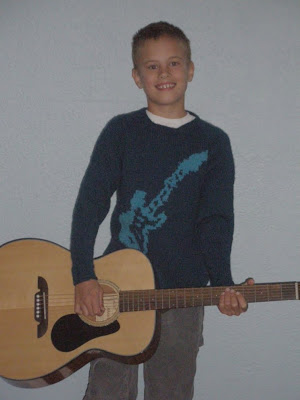 ...so you can get to the squirrely shot.# 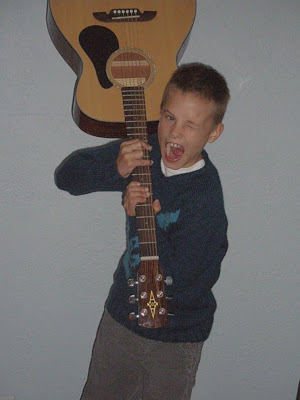 My favourites may be the unguarded moments, like when the nephew is concentrating REALLY HARD†† on the solo from "Come As You Are."‡‡ 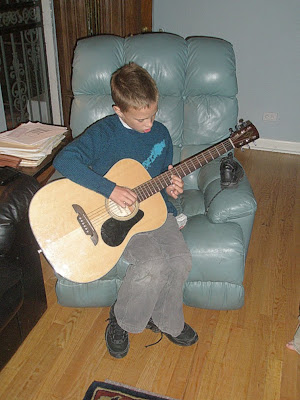 [SUMMARY: It's hard to pose when you're focusing that hard.]


†FOOTNOTE (crossed): If you don't count the fact that I had to take it back and make the sleeves looser and longer, which only took a couple of hours.

‡FOOTNOTE (double-crossed): And posting it, posting knitting, just like I promised last week when I was begging money. A good saint-in-waiting always keeps her promises.

§FOOTNOTE (swerved): I had a hand injury and the sun was in my eyes and it didn't get cold enough for a sweater until last week anyway.

¶FOOTNOTE (paragraphed): Now that the mohawk is gone, he's back to Tallest and Hairiest.

††FOOTNOTE (ddouble-ccrossed): I can't believe he missed the tongue-sticking-out gene.

‡‡FOOTNOTE (doubble-crossssed): He has the hook totally nailed, but the solo takes his undivided attention.
Posted by Marin (AntiM) at 12:29 PM No comments: