Will the Dr. Doom Fan Club please buckle your collective seatbelts and keep all limbs inside the ride?

Dr. Doom attended his first football game on August 30 when the beloved Broncos played the new† mini-rivals the Chicago Bears.

Here he is, outside the stadium: 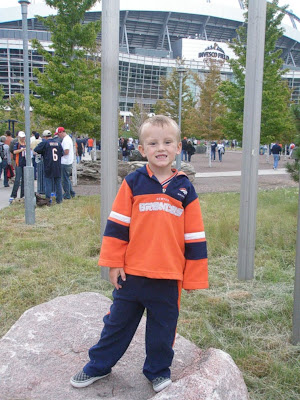 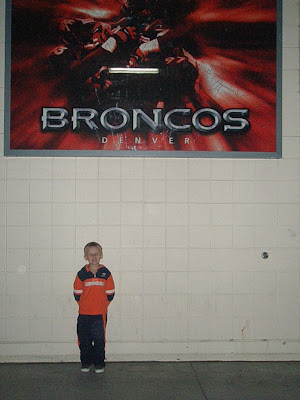 On the way in, he observed that, while he had Broncos shirt and Broncos jacket and even Broncos pants, he did not have a Broncos hat.

These are the things that must be remedied.‡

On the ramp, with new cap: 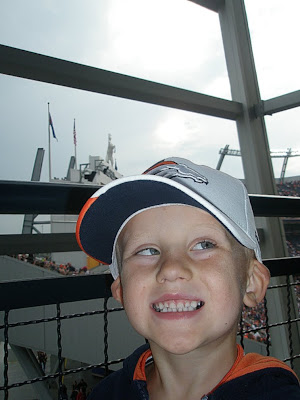 In the stands, apparently after the hot dog: 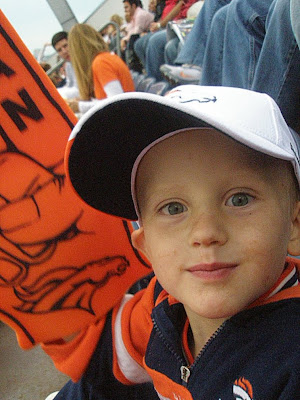 Dr. Doom didn't seem at all put out to be in stands this high off the ground: 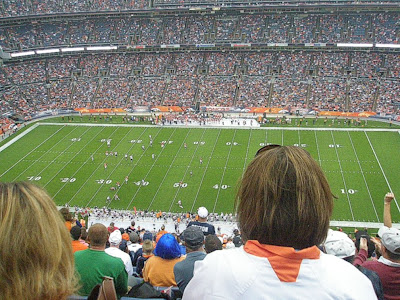 Or this close to the top of the stadium: 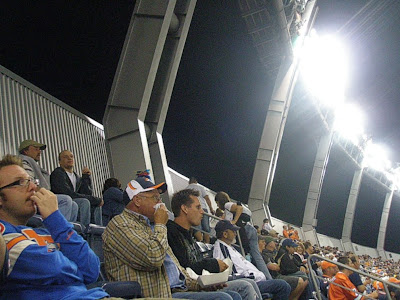 To be fair, I doubt he was impressed by the view either, but I'd like to think you would be: 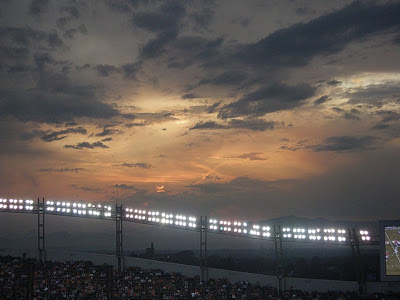 All in all, a successful first outing. 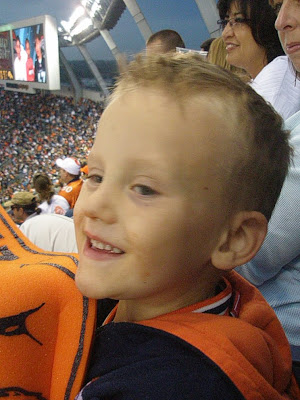 Particularly since, when he said, "AntiM, I wish we could ride back to the car in one of those," pointing at the bicycle rickshaws, "It would be much faster," I promptly turned around and hired a rickshaw for the boy.‡


†FOOTNOTE (crossed): Nothing like the hated Raiders, of course (*cough*23to3*cough*), but our idiot former QB is now throwing for the Bears, so we just don't think that highly of them.

§FOOTNOTE (swerved): Even if your name is Kim or Laurie or Leslie or Sarah or Kari...
Posted by Marin (AntiM) at 7:31 AM