His AntiM was delighted because she used to swim too and, well, it seemed a bonding point.

Turns out swim team for the nephew is nothing like what it was when I was a kid. I mean, they swim, but other than that, it's very different swimming in 2009 in the Denver Parks & Rec League and swimming in 1982 in the Alpine League for Suburban Kids Who Live in Covenant-Controlled Neighbourhoods.

Despite those differences,† I was eager to attend a meet and support my nephew. 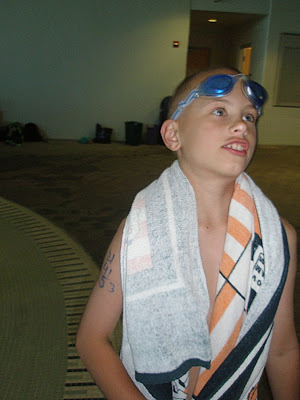 I believe he may be less interested in swimming laps than becoming a Ninja Towel-Master. 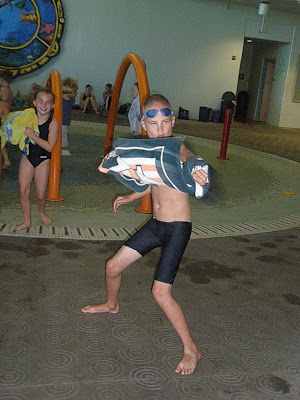 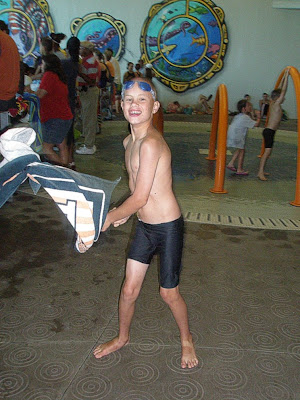 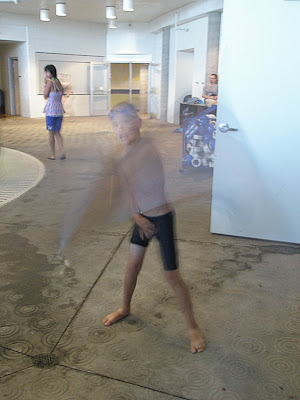 That last one was taken without flash to highlight the blazing fast blur of the towel.%

Dr. Doom was asleep in the car when eBeth dropped TFN off. Brother called her to come in when swimming was immminent, but the good doctor wasn't quite ready to wake up yet, so eBeth hauled him in, groggy and anti-social. 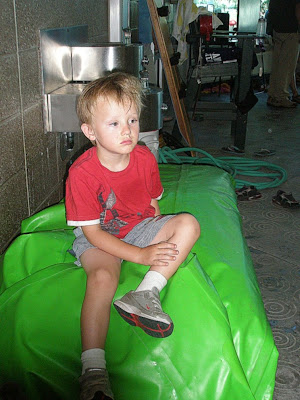 The store of oddly-coloured dum-dums I keep in my purse‡ for just such occasions really helped in the wake-up process.§ 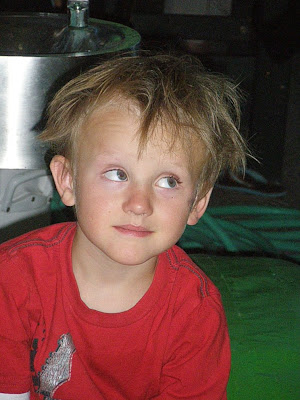 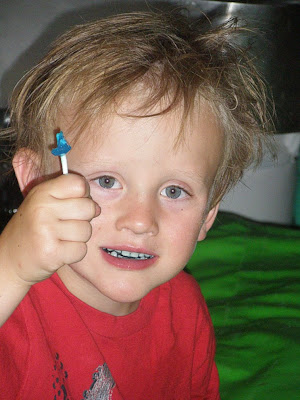 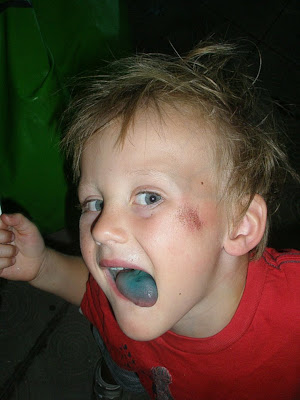 For posterity, here is Tallest Fuzziest Nephew beating the snot out of his "competitors" in the 25 back¶:


†FOOTNOTE (crossed): Which include no snack bar, no teeny tiny Speedo suits for boys and tattooing event numbers on the kids' arms with a Sharpie.

‡FOOTNOTE (double-crossed): I get two every time I go to the bank. And the roomy Rory allows me to carry a much greater variety than I used to.

%FOOTNOTE (percented): More or less at the request of my fuzziest nephew. "Was it a blur? Was it so fast you can hardly see it in the picture?"

§FOOTNOTE (swerved): "The blue one will turn your tongue blue."

¶FOOTNOTE (paragraphed): Sportsmanship and every-kid's-a-winner clearly does not extend to aunts.
Posted by Marin (AntiM) at 8:42 AM