I'm expecting a package. A UPS package, so I've been diligently checking the front porch every night.

Last night, there was a small, square box on the welcome mat and I got all excited, only it wasn't the box I was expecting.†

My friends at Nintendo sent me another present.‡

Let me give you a little background on my relationship with video games.

Way back in the dawn of the 80s, when Pac Man and Tron started taking over from Pong and pinball, I resisted.

You know that scene in Say Anything where the skate dudes are hanging out in the parking lot talkin' 'bout bitches and Lloyd says, "I got a question. If you guys know so much about women, how come you're here at the Gas 'n' Sip on a Saturday night completely alone drinking beers with no women anywhere?" And there's that little pause and Joe says, "Bye choice, man," and they all chime in like, yeah, I meant to do this?§

Yeah, I resisted like Joe and his chickless dicks chose to fly stag.

I "resisted" because I was lousy at all those TiVi screen games and there may not have been enough quarters in the world for me to put the time in to get good. So I stuck with pinball, whose low-tech charm and straight-forward, transparent game play suited my Luddite sensibilities.

With pinball, I could accidentally win at least part of the time.

If I had been cooler, I probably would have turned my nose up when my friends went to conquer Galaga. I might have played the Velvet Underground card¶ and claimed a longtime love of pinball. Maybe could've spouted something about the digitising of America or the lack of punkish grit in Centipede, if I'd been really on my game.

I wasn't remotely cool, though, so I readily admitted I didn't get video games and was no good at them and I'll be over here in the corner with the pinball machines, let me know when you're ready to leave.

We did have an old Atari system at home,# and eventually Dad hooked it up to the big screen TiVi. I got pretty good at Space Invaders and Q*Bert†† through home study, though I still never played them in the arcade.

But I never played any of the Mario games. I certainly haven't played Everquest‡‡ or Prisoner of Zenda or anything like that. I like the puzzle gams on my DS. I can happily do electronic word search and hidden picture games for hours.

Actually, since I'm perfectly capable of starting in on computer solitaire and looking up to find it's four o'clock in the morning and I have been sitting on my foot for six hours and it got really dark... well, it's probably best I don't get too involved in anything too involved.

[SUMMARY: In which I sound cooler with every passing word.]

Only now I have Kirby. 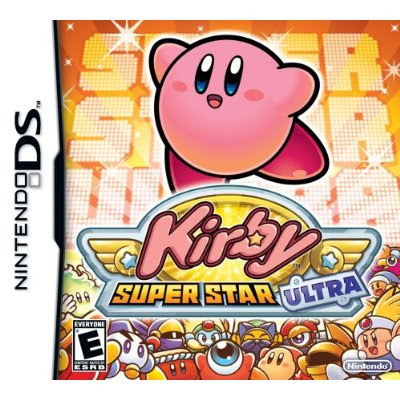 You'll forgive me if I tell you Kirby is a lot like Mario Brothers and it really isn't. It looks like it to me.

Kirby runs around different levels, eating cherries and bananas and fighting with chickens and sometimes he sucks things in and he can spit them out at his foes. Sometimes he sucks his foes in and if he swallows them, he gains their special powers.§§ 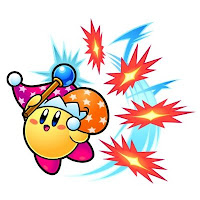 He can go through doors.

And when he rides the star, it takes him far away to other ladders and foes and cherries. 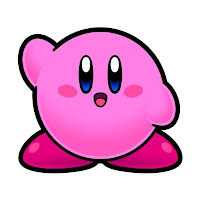 I cleared a couple of levels last night. Mostly, I just ran like mad, fought with no strategy or grace and went through every door I found. Despite having no idea what the actual objectives might be, I managed to reach them. 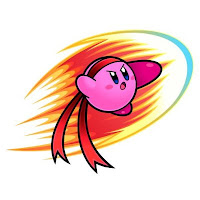 Come to think of it, that's how I play pinball too.

Marin says: Powdery. Not in a wholly bad way. There's something really salty running under that classic powdery rose smell. Vanilla too. Rich, warm vanilla, not sugar cookie vanilla. A hint of patchouli - mostly camphorous (like Carmex). The longer it sits on me, the saltier it gets (like Play-Doh).

It's kind of olfactorily pornographic when it's salty -- like an intimate bodily fluid.

Luckyscent says: A mysterious veil of rose$ and musk that hovers close to the skin, Kama is all about nuance and whispers. A hint of grapefruit, a delicate dusting of rice powder, the faintest suggestion of salt$ and ink -- all working with your skin to create a subtle aura of seductive grace that fans of understated scents will adore. Even typical powerhouses like vanilla$ and patchouli$ tiptoe in silk slippers here, adding watercolor washes of sweetness and earthiness without disturbing the feather-soft layer of rose petal and musk that makes your skin smell like you just might be an angel. Kama notes: Petit grain, red grapefruit, dog rose, rice powder, patchouli, musk notes, vanilla, ambergris

Hans says: It has that stuff that smells like baby powder. What's that? Aldehyde, right. [Hans sign language for give me another sniff] I want to say it smells brown, but I don't know what that means.## This is what brown would smell like. Musty, musky brown. But I don't know if it's actually musky.


†FOOTNOTE (crossed): Yes, my Sister of the Travelling iPod, erstwhile girlfriend of Jay Smooth, Nintendo got my hopes up and it wasn't your package. They did redeem themselves by sending me a present, though, so I'm prepared to forgive.

§FOOTNOTE (swerved): If you check way back to the beginning of that sentence, it is, indeed, one sentence and a question at that.

¶FOOTNOTE (paragraphed): Y'know... where every musician claims to be strongly influenced by Velvet Underground, even though VU is about half unlistenable, they're just such an iconic touchstone of American music that everybody wants a scrap of their shroud. VU is to the Jonas Brothers as pinball is to Marin, c. 1980.

#FOOTNOTE (pounded): By all rights, I probably should have been the coolest kid on the block, given we had video games in our home in 1977. Some of us just shed cool like a duck sheds water.

††FOOTNOTE (ddouble-ccrossed): Q*Bert on a 60" screen is like a Mack truck going down the stairs of the Philadelphia Art Museum.

¶¶FOOTNOTE (two heads are better than mine): I think we have a theme.

##FOOTNOTE (tic tac d'oh): I assured Hans if scents can be labeled "green," brown is a valid option.