I thought we were all through this Things to Do in Denver if You're Planning to Be Dead, but I ran across one more yesterday.

My father had a colonoscopy yesterday afternoon. Because they use a general anaesthetic, the clinic requires a helper bee both to drive the victim... er, patient home and to listen to all the doctor's recommendations and admonitions, because, as Dr. Jay said, "He won't remember this later, so it's up to you."†

You may think this leads to some revelation on mortality or potentially embarrassing posthumous discoveries by straight-laced elder relatives, but the colonoscopy has nothing to do with nothing here.‡

It does sponsor today's morbid thought, if only because CNN was on the TiVi in the waiting room and I got to see the parade of death that follows the financial news on that most informative of channels: If you got shot at an Old Chicago by a random gunman or held hostage by a crazed postal employee,§ what photo would be splashed all over CNN?

In the case of the chick who apparently was shot at Old Chicago and splashed on CNN, she had this beautiful black-and-white portrait that you'd be proud to hang on your wall. Maybe you've seen it. I thought to myself, "Self, there's a girl who planned ahead."

I know, I know... the compassionate heart would be bleeding for the girl and her family (and it did a little), but I couldn't help but go to the place where I wondered what my public photo would be. As it stands right now, I vote for the one on the blog. I look friendly. Accessible. Eye-bag free with a hint of cleavage and definitely worth the hostage release effort. Just so y'all know.#

[SUMMARY: Because it is better to look good than to feel good, darling.]

Another cool thing about Dad's colonoscopy¶ is that it took place RIGHT ACROSS THE STREET FROM A BIG YARN STORE.& I kid you not. I think it was my Kharmic Cracker Jack prize for taking the afternoon off to drive Dad and look at his colon and take doctor's instructions.

Of course, when I bounced into said yarn store and giddily announced, "My dad is having a colonoscopy RIGHT ACROSS THE STREET! Can you believe my luck! I get to shop for yarn!" the lady just looked at me with an expression between fear and horror and finally her shopkeeper rote kicked in:

"Oh. [*pausepausepause*] Can we help you find something?"

When I related this to Dad,^ he just shook his head and said, "No sense of humour."

[SUMMARY: Because colonoscopies are ALWAYS funny. ]

One further cool thing was a guy who was there to chaperone his niece whose name was (I'm not making this up) Snicklefritz. This is a Lorelai Gilmore word. I love this name. I wanted to ask him if he had sons. I would marry one of them and hyphenate (because my own last name is ten kinds of weird and would be OUTSTANDING hyphenated with Snicklefritz).

I guess the trip to Lakewood Endoscopy was really worth any hassle it might have been, what with all the education and entertainment value.

[SUMMARY: Because a colonoscopy is ALWAYS worth the price of admission.]

And the two books$ I picked up. *coughbookproblemcough*


†FOOTNOTE (crossed): And then he made me look at a picture of my dad's colon. And SIGN it. He did not explain this (and by "this" I mean the signing part. He explained the picture in thorough and loving detail). Nobody explained this. I think they probably have a hidden camera and at the end of the day, they grab a beer and watch America's Funniest Facial Expressions. I did appreciate their efforts, however, to make it good clean fun for the whole family.

‡FOOTNOTE (double-crossed): Except, of course, for the last footnote, brought to you by the colonoscopy. Couldn't have done it without you, colonoscopy!

§FOOTNOTE (swerved): Not that I have any crazed postal employees in particular in mind. *ahem*

¶FOOTNOTE (paragraphed): I realise there should have been a first cool thing for there to be another cool thing, but I'm hoping you'll fill in the blank with your own version of "cool" and I won't have to explain myself.

&FOOTNOTE (ampersanded): And you can't imagine the pride I feel in being able to turn a colonoscopy into proper knitblog fodder. Still a knitblog!

^FOOTNOTE (careted): Who didn't seem to mind I'd told complete strangers about his colon, though it's not the first time, as my brief stint in Catholic kindergarten resulted in my whole class praying for his diarrhea. Maybe he's used to it or maybe it was just the IV drugs providing the necessary buffer. 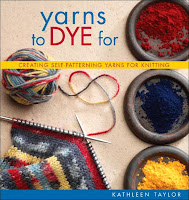