There we were, Dad and I, sitting in his office† chatting.

The conversation got to, "Do you remember that old Atari I got for you guys?"‡

He chuckled and said, "Really?"

"Sure. It was the first. I was in on the ground floor of video gaming. It didn't help me any when Pac Man came along,§ but I do have some bragging rights."

He puffed his pipe the way he does and said, "Pong."

"And that tank game with the giant pixels for tanks."

"Space Invaders was much later. That first Atari was Pong and variations of Pong -- like the four-paddle Pong -- and the tank game, which also had the planes. Which were also giant pixels, only they flew."

"Oh, geez, yeah. Remember how you could corner someone in a tank and just shoot them over and over and they'd spin around and couldn't do a thing about it?"

I giggled. "How on earth did you even hear about Atari?"¶

"I don't know. I remember going to Denver# and looking everywhere for that thing. You may remember our TV got very poor reception..."††

"...and it was cold and snowy a lot of the time. I thought you guys should have some kind of entertainment..."

He trailed off and puffed the pipe again.

"You remember standing in line in the snow to see..."‡‡

"Star Wars!" we both said together, laughing.

"It was the last night it was playing," I said.

"The line went all the way around the building," he said.

"And you and I had to sit one place and Bill and Mom had to sit somewhere else because the theatre was packed and we couldn't get four seats together."

"And you bought me Milk Duds§§ and I took one out of the box about the time we established a galaxy far, far away and at the end of the movie I had a Milk Dud in my hand that was about a foot across and *that* thick. The Milk Dud box was full. I was so enthralled I squashed that one Milk Dud into a pancake."

"I'll never forget standing out there in that line in the snow."

We both stared at the ceiling for a moment, grinning.


†FOOTNOTE (crossed): As we are wont to do of a Monday evening. 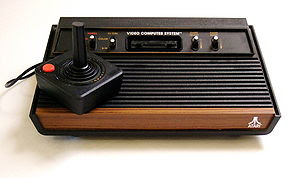 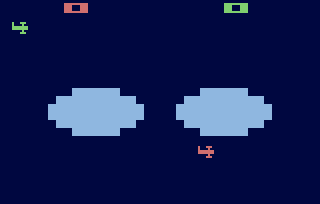 §FOOTNOTE (swerved): I was *terrible* at video games. We'd go to the bowling alley after school (how Americana) and everybody else would hit Pac Man, Tron, Centipede... I'd trot over to the pinball machines with a sneer, purporting to find the modern arcade distasteful. Of course, pinball was both easier and more private so I didn't have to broadcast my ineptitude to my friends. Come to think of it, I still do that. With pinball, I mean. I'm mostly OK with trumpeting my dorkitude to anybody who will listen.

#FOOTNOTE (pounded): We left Houston the summer before to move back to Colorado so my dad could have his mid-life crisis with heavy equipment. He bought a partnership in a friend's floundering excavation business in Tabernash. Going to Denver was a regular event because it was the only place to buy clothes and reasonably-priced food. And Christmas presents. For the record, that was the Christmas I learned to knit.

††FOOTNOTE (ddouble-ccrossed): The Broncos went to the Super Bowl that year and we rented a motel room so we could watch the game. Without static. With colour.

‡‡FOOTNOTE (doubble-crossssed): Now that I know my dad better, this doesn't seem quite as unlikely, but for years I thought it was odd he wanted to take us to see Star Wars.

§§FOOTNOTE (Ah, the dance of memories): That has to be the brokest our family ever was. Milk Duds seem like an astonishing extravagance when I think about it now.
Posted by Marin (AntiM) at 7:21 AM