I've seen this on Facebook, but I finally caved when perusing Thursday's† Art of Darkness.

And then someone else I like‡ did it on Tuesday.

[SUMMARY: I am sheep, hear me bleat.]

To come up with your own band’s CD cover, do the following:

Go here: http://en.wikipedia.org/wiki/Special:Random The first article that pops up is the name of your band.§

Now go here: http://www.quotationspage.com/random.php3. The last four words of the very last quote is the title of your album.¶

Then go here: http://www.flickr.com/explore/interesting/7days/. The third picture on the page is your album cover.#

Finally, use the graphics program of your choice†† to put them all together. 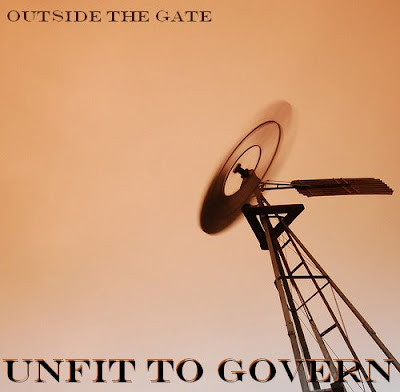 For extra credit,‡‡ write a Rolling Stone review about the album.

[SUMMARY: Can I take my extra credit in saint points?]

Some songwriters labour at their craft, others seem to stumble upon it. Such stumbling is the case with the dusky, bat-fleeting mountain-country rambles on Unfit to Govern, the second album from Colorado's Outside the Gate. Wistful tangoes like "Devil's Thumb" and rocky waltzes like "Fourteener" evoke full-blown images of frontier cemeteries and high tundra loners, living with coyotes and cougars somewhere above the timberline. Pinballing around these twisted folk-goth laments, frontwoman Marin Gunnison% sings like she's hurt and a little angry, but has the cattle prod to even the score. Her whiskey alto whispers on the wind, picking up momentum as it's pursued by the rising moans behind her. Some will undoubtedly see their desolate visions as mere device, but the songs -- which are kith and kin to 16 Horsepower and the Gun Club, with a blooming sense of humour -- maintain Outside the Gate's misty mountain drama is for real.
[Based on this actual Rolling Stone review]

§FOOTNOTE (swerved): Mine is "Outside the Gate," oddly enough an actual album title for somebody else. Oh, the scandals and lawsuits we shall have!

#FOOTNOTE (pounded): Originally, my picture was this one, which would've given a very deep religious state/political state twist to the whole endeavour, only the pretty Buddhas wouldn't show up on my computer (I'm guessing some sort of security thing), so I rolled the dice again and got this: 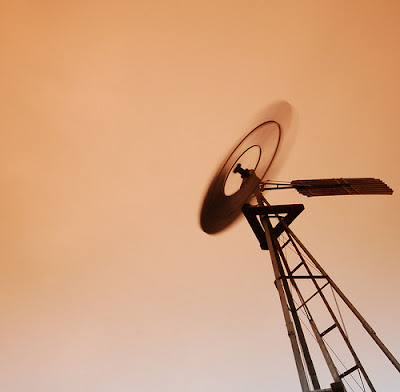 Which now puts my album in a kind of "don't fence me in" folk journey through the American West. The Rolling Stone review would've been entirely different with the Buddhas.

††FOOTNOTE (ddouble-ccrossed): Which turned out to be Sumo Paint, which is a free online app that has most of the features of Adobe Photoshop Elements, but I can get to here at the office.

%FOOTNOTE (percented): If you're gonna go American West, may as well take the nom de guerre for it. Gunnison, for those of you who may be wondering, is where I was born. And where I went to college. And where I lost my virginity. Rumour had it I would have to go back there to spawn and die.
Posted by Marin (AntiM) at 10:00 AM