You may have heard of Casa Bonita.


You may have heard that I went there last week for Dr. Doom's birthday.‡ 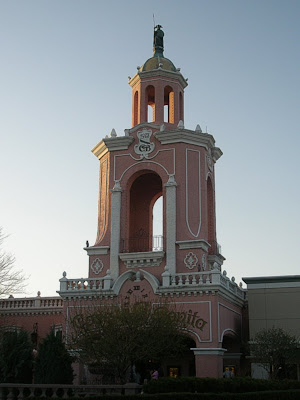 For those of you out of state and unfamiliar, here is what Casa Bonita is all about§: 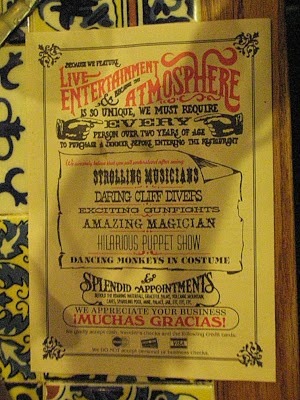 Tallest, Hairiest Nephew had just learned about the history of Colfax¶ in school that day, so he hipped us to some Casa Bonita facts:

I find it a little frightening that a place with so many levels and a giant water feature in the middle was built without blueprints. 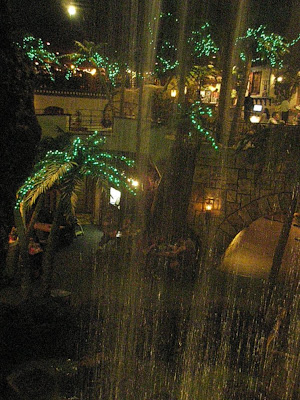 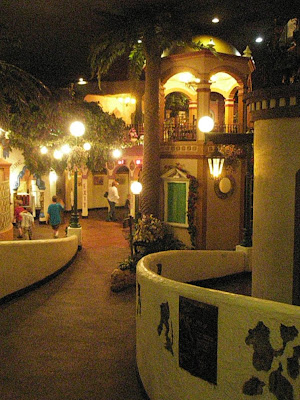 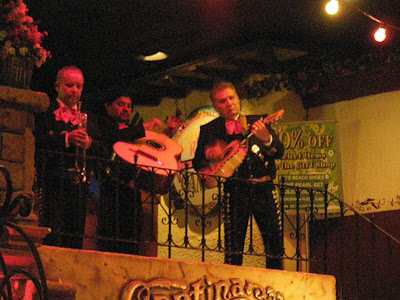 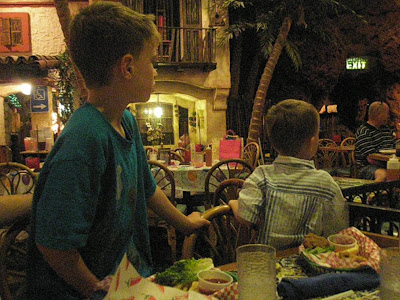 Until weaponry is offered. 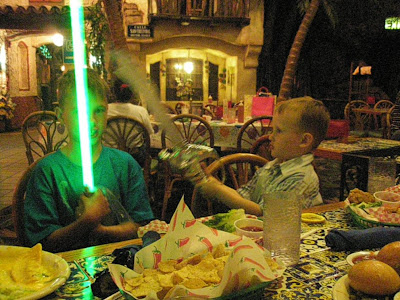 Anyway, the purpose of the whole debacle was Dr. Doom's fifth birthday.# He requested an Army theme,†† so we had masks and helmets. I believe you've met Brother and Tallest, Hairiest Nephew.‡‡ 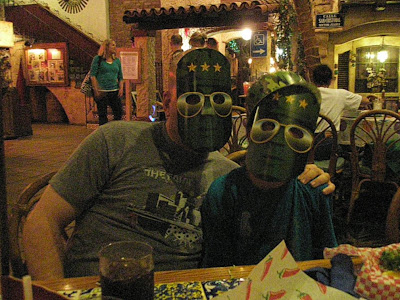 I'd like to introduce you to the Peach, Dad's fiancee.§§ 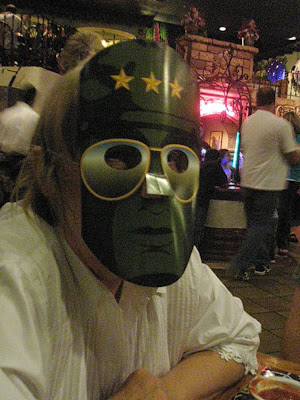 And I had to ask the FSIL@ if the cake was professionally done¶¶ because wouldn't this be an excellent Cake Wreck? 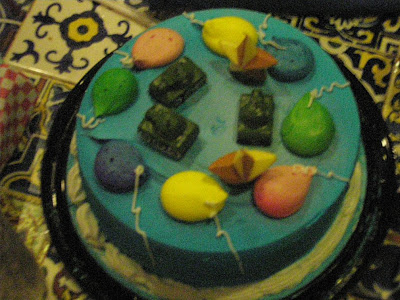 Of course, everything looks better by candlelight.## 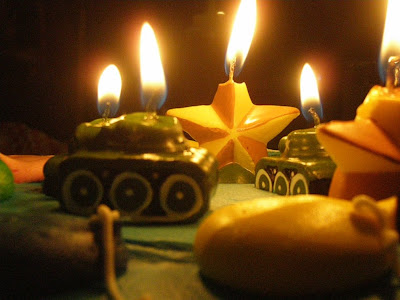 Even Dr. Doom has that soft glow. 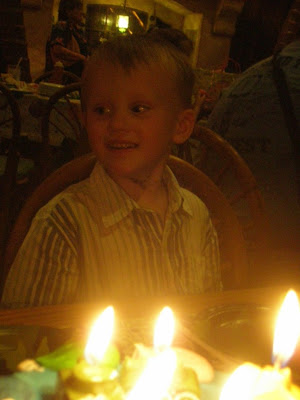 Once the candles go off, of course%... 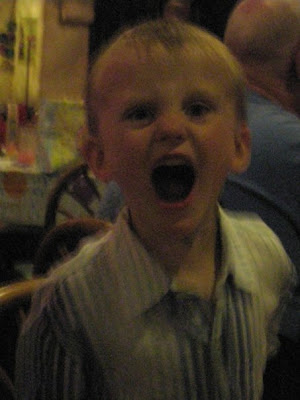 There is a gift shop at Casa Bonita.††† 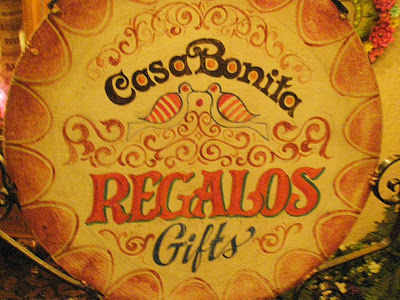 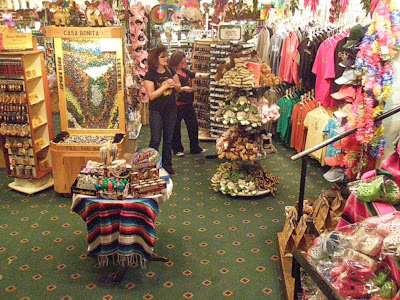 There is also an arcade at Casa Bonita. Apparently, Spider Stompin' is the Whack-a-Mole of the new millenium. If they came out with Spider Stompin' for the Wii, I could probably have the legs of a fencer.‡‡‡ 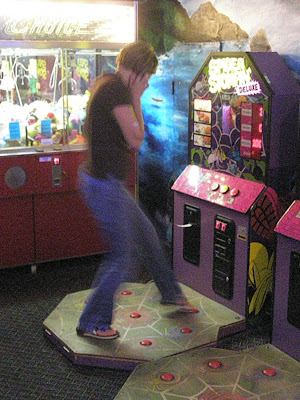 Remember my rant about mash-ups? Not all mash-ups are bad.


†FOOTNOTE (crossed): Yes, I looked up "doom" in the English-Spanish dictionary.

‡FOOTNOTE (double-crossed): Because I made a *huge* fuss about it.

§FOOTNOTE (swerved): Note the part where anybody over two has to pay $15 for a really, really bad taco salad to be at Casa Bonita.

¶FOOTNOTE (paragraphed): I'm making the assumption they didn't include the hookers and blow part of Colfax in that. Then again, as my friend Jeff says, "If you make an assumption, you make an ass out of you and umption."

#FOOTNOTE (pounded): As he got in the Land Cruiser to go home, he said, glee painting every inch of his voice, "I can't *believe* that I'm FIVE!" Go on... make "awwwww" noises.

††FOOTNOTE (ddouble-ccrossed): It appears the days of Disney Princess Death Match are behind us. Dr. Doom now has a disdain of all things pink and girly. I like to thnk that secretly, in the dark of night, he says good night to each of them, Walton's Mountain-style.

§§FOOTNOTE (§hingles §uck): Dad was not, sadly, in attendance. I will believe to my dying day he got shingles just to get out of eating Casa Bonita "food."

@FOOTNOTE (atted): Former sister-in-law. Y'know... like FSO, only slightly less likely to drunk-dial at 2:30 in the morning.

¶¶FOOTNOTE (baloons and artillery): While the balloons were done by a professional baker, the tank candles were all eBeth.

##FOOTNOTE (the number of times I got it wrong...): Don't try to pretend you're not floored by the artistic majesty of this photo.

%FOOTNOTE (percented): Then again, my flash-phobia leads to some pretty unmajestic work, so maybe it's a wash if you aren't floored by the artistic majesty of the candles but manage not to be wholly derisive about the wiggly, grainy shots.

†††FOOTNOTE (Easter's *over*): Of COURSE there's a gift shop at Casa Bonita.

‡‡‡FOOTNOTE (tracks of my tears meets tears of a clown, leaving tracks of my clown): Which would go nicely with the swimmer's arms I have hanging in the basement. *rimshot*
Posted by Marin (AntiM) at 4:22 PM