I know and trust y'all to fill in the appropriate whiny noises over my werk situation the last couple of days. Don't abuse that trust -- make it really, really annoying and high-pitched.

In hopes of making yesterday's little SNAFU† a distant memory, I'm providing what I think are truly spectacular FO pictures, pictures to rival the Retarded Superhero Theatre of Christmas. 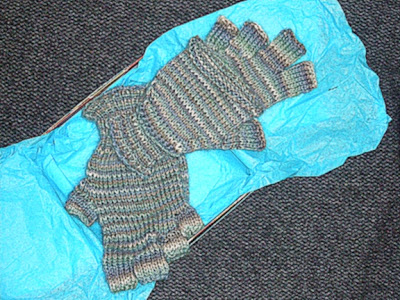 Now, watch it go from glove... 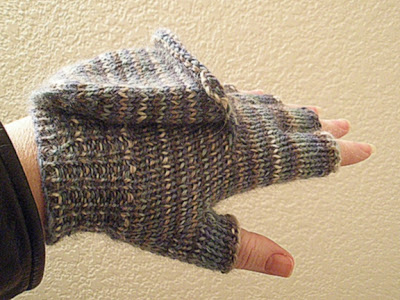 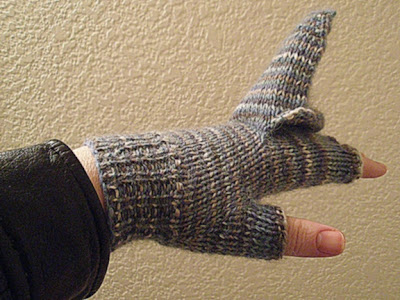 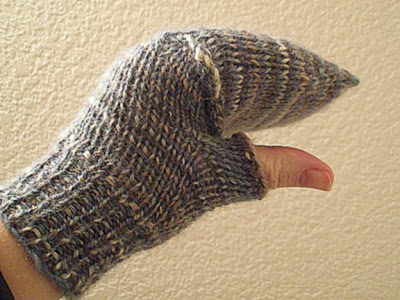 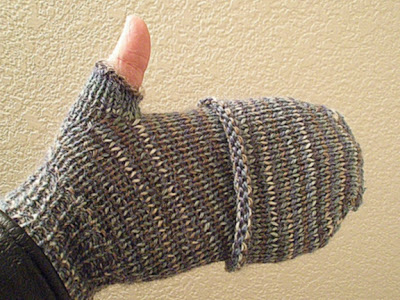 [SUMMARY: Are you not entertained?]

In the ongoing series of Stuff Out My Office Window, we witnessed a nasty bus-pedestrian accident the other day.†† 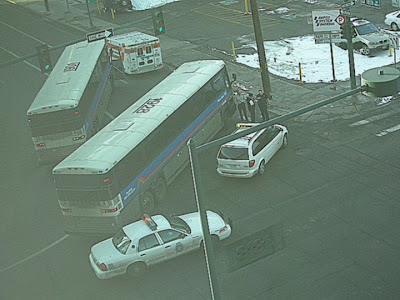 The pedestrian had the light. The pedestrian was in the crosswalk. The bus was making a left turn and hit the pedestrian. We believe the pedestrian survived, as nothing turned up in the news. However, we‡‡ also believe it was questionable at the time because they were measuring all kinds of stuff.

The white mini-van was the RTD insurance/legal guy, who was filling out forms and taking pictures and generally wandering around in the middle of the street and almost got hit himself through his own dumbassery.

I begin to question the overall intelligence of your basic RTD on-the-street guy.

Anyway, the pedestrian was placed on a surfboard and transferred from the ground to the ambulance, which sat right there for at least 45 minutes. This lead to more wild speculation from the peanut gallery.

"Don't you think that's a bad sign?" asked the client. "If you have an injured person..."

We all took a moment of silence for the implied dead guy.

That night at Drunken Knitting, further speculation took us to the idea that the victim needed to be stabilised before he could be transported.

In any case, it never showed up on the news, so we may never know.

Being a curious sort, I asked the questions, "Are there passengers on the bus? Are they just sitting there waiting for the investigation to be done? When they're done, are they going to let the errant bus driver drive the bus back to the bus barn? Will he get a ticket? Will he get arrested?"

I'm pretty sure you have to have at least three items to make a proper pig-licking, so let me squeeze out one more story for y'all before I leave you to your own devices§§ for the weekend.

Last Sunday, in a fit of adult responsibility and unforeseen foresight,¶¶ I decided to stock up on vacuum cleaner bags against the coming cleaning spree.

You see, I will be hosting poker on the 19th in my very cool basement## and am fully aware that there is a fine layer of dust, kitty litter and cat hair over EVERYTHING in the basement. Not to mention the part where I leave any residual laundry that won't fit in a load in a pile by the washing machine, which then gets kicked over and spread about so my basement looks like the aftermath of a tornado in the garment district.

I went to Sears††† to get a new HEPA filter and bags for my vaccum cleaner. I located the empty pegs where they should have been, but instead found a sign saying, "Please ask a sales associate for assistance."

After the requisite half-hour quest‡‡‡ for a sales associate, I was informed by the pompadoured infant who "helped" me, "Well, there's nothing on the hook, so clearly we're out of them."

And if the sign on the hook had said, "Clearly we're out of these," I wouldn't have wasted his valuable associate time.

When pressed, he admitted they might be getting a shipment on Tuesday. Or Thursday.

†FOOTNOTE (crossed): Knitter SNAFU: Stitches and needles, all frogged up...?

‡FOOTNOTE (double-crossed): Don't you "much ado about nothing" me, young lady. Go to your room.

§FOOTNOTE (swerved): Mom Mittens 'cause I figure she has to hook up car seats and tie shoes and scrape guacamole off shirt fronts and other things that require naked, fully functioning fingertips. In the real world, you call them Convertible Gloves. Which makes less sense because I don't know that eBeth has ever even owned a convertible.

¶FOOTNOTE (paragraphed): Isn't self-striping yarn just a little miracle? Angelique (who is a professional roadie, therefore joining Tina-Avril-Lavigne's-Former-Assistant in the ranks of people who cut my Six Degrees from Hugh Laurie by a high percentage of degrees) and I were talking about it at Drunken Knitting the other night. How do they know it's going to stripe instead of clot or zig? Miracle, I tell you. And I'm glad Angelique is on that particular dork wagon with me. Oh, I know some of you who actually dye will want to get all technical and stuff, but I know I'm not alone in self-striping worship.

††FOOTNOTE (ddouble-ccrossed): I took pictures. I know it's in questionable taste. The client, Hans and I were looking out the window, speculating wildly, when Hans said, "I can't believe you're not blogging this." Besides, I think it's part of my quest to educate the masses to be able to tell you definitively that a bus driver who hits a pedestrian is not allowed to drive the bus back to the bus barn. And provide the artistic statement of the police car sitting on the reflection of the power outlet. Deep.

‡‡FOOTNOTE (doubble-crossssed): And by "we," I mean "I," since someone told me long ago -- and it may be purley apocryphal -- that they only measure when someone dies, looks like they might die, or there's more than some large dollar amount in damages (presumably if you crashed your car into Big Bob's House of Caviar and Crystal. Or a Bentley).

§§FOOTNOTE (do the twist!): May all your devices be C-Battery or better.

¶¶FOOTNOTE (Bam! Bam!): There's an oxymoron if ever I wrote one.

##FOOTNOTE (pounded like a Jenny Craig before picture): I believe "cool" to all the married guys that will be joining me means mostly there's no carpet to ruin and no wife to bitch about the cigar smoke.

†††FOOTNOTE (really, really cross): Motto: Hide and Seek, You're It.

‡‡‡FOOTNOTE (just stitched together there): They want to make sure you're serious about needing help. They don't want to offer their valuable service to just any schlub seeking assistance on a whim. No, you earn your Sales Associate at Sears.
Posted by Marin (AntiM) at 9:57 PM