From our studios in beautiful downtownish Denver.

I felt like hell this morning so I called in sick. I feel a little better and probably *could* work, but I don't really want to. I want to sit home and curl up in something warm† and knit and watch TiVi and go to bed really, really early.

And I was supposed to dine with Genius Sarah and Red tonight. I probably could, but did you ever have one of those totally drained, utterly meh days?

So a quick weekend recap, then I'll go knit something so I have good fibre pictures to show you tomorrow.‡

I mitigated months of granddaughterly neglect on Saturday. I think another couple of Saturdays and I'll be worthy of my Most Favoured Grandchild status again. I'm still a bit of a fraud, but at least I'm a fraud with good intentions.

And now you don't even need to *ask* what kind of geek I really am.

Hey... the geek test didn't have any Prog Rock questions at all! How can anyone expect to get the full scope of geekiness without Monty Python and Rush?

I had both my brother and Kelley texting me through the whole concert about the Rockies' progress. Shanny works for KOA, the local radio station that carries the Rox and he was listening to streaming of the game and occasionally calling the crew. So between us, we were the best informed sports fans in geek arena world. We were solely responsible for keeping our constituency informed, since the band didn't much seem to care.

I don't think Phil Collins even blinked when the Rox made their first score.#

Anyway, the final text of the night:

There was shrieking, jumping, arm waving of the finest ecstasy.

Once the concert was over, we booked out and swam with the sea of other fans flowing from Coors Field. We had dinner at 1:00 in the morning, then Shanny brought me home and showered quick before heading out to set up for Race for the Cure.§

I TiVo'd the game (in HD), so we watched many highlights before he went.

What an awesome time to be a fan.

On Sunday, breakfast with Bag Lady Kathryn, possibly an ill-conceived plan given the 60,000 or more Race for the Curers out brunching, but the pumpkin spice pancake at Hotcakes really were worth it.

I baked a beautiful cherry pie, which could have used a little more cinnamon and maybe a little less cloves, but still drove my father and brother to new heights of suck-up in currying favour for the one leftover piece and future pies.

Thank the gods for the Rockies.

Wow. Anybody ever think I'd be saying *that* in October?

I'm going to go curl up in my comfy chair. Speaking of comfy chairs... I guest blogged over at Sylvia's House of Fuzzy Crack (a/k/a Posh, a Yarn Boutique).

It was quite an honour, and much harder than I would have thought. Not being able to talk about rug burns in my own special context or post videos of Paul McCartney telling a dirty joke really takes me out of my comfort zone.

Huh. Now that I think of it, I bet Sylvia would have let me post a pig-licking child.

Oh, wait! Wait! Besides fibre, you know what else makes it all better? 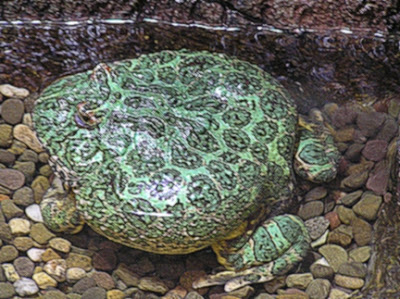 †FOOTNOTE (crossed): The heater came on for the first time this morning. Normally, I'd like to celebrate by wrapping up in someONE warm, but my big ol' fluffy comforter will work just fine for a meh like today.

‡FOOTNOTE (double-crossed): To the chorus, everyone: 'cause fibre makes it all better.

§FOOTNOTE (swerved): First, I sold that event totally short last week. Denver has the largest local Race for the Cure in the country. Last year, it was 60,000. I think I said 8,000 Friday, and I thought I was exaggerating. Second, can you imagine Shanny's world the last couple of days? If he wasn't hallucinating (and I'm not even talking chemicals here) when those 60,000-plus pink hats rolled toward his broadcast tent... well, he's a better man than I am.

¶FOOTNOTE (paragraphed): If ever you think I *don't* digress, call the Coast Guard; somebody's usurped my identity and is blogging in my stead.

#FOOTNOTE (pounded): In the eighth, if I remember correctly. The Rockies in a pitchers' duel... imagine.
Posted by Marin (AntiM) at 11:53 AM