Nizards to the Left of You...

Look! Camera and computer, together again!

Which is nice 'cause then I get credit for a thousand words per picture‡ and it's like I baked it all from scratch.

First, I have for you pictures of a vast raft of rampant consumerism. OK, you've seen worse.§ You've seen worse from me. But it's basically stuff I bought that came in the mail.

And first among mass consumerism is something I didn't actually buy, but in fact WON, which makes at least ten times cooler than if I'd bought it.¶ It's a SplitYarn case from Caro Sheridan, my reward for carrying the I'm a Square Rhinebeck Bingo bag all over the Dutchess County Fairgrounds.

I do have one a lot like this, only a slightly different size and red and pink. I love these colours. 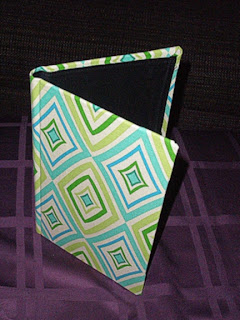 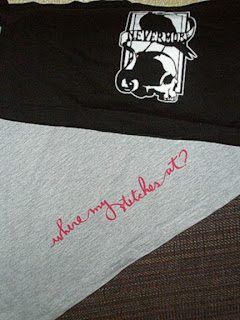 I also got my Moo cards, which I dearly love. See, I have business cards, but there are some situations‡‡ under which I don't want to give my address or even my last name to someone.

I'm making this sound all logical and stuff, but really they're just cuter than Disney. 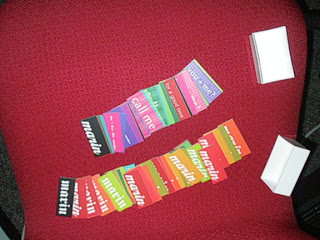 All of them have my phone number and email addy on the back, and most of them just say "Marin" on the front. If you look closely, though, you may be able to see such provocative covers as "don't lose this number," "for a good time," and the wildly saucy "you + me?"

The Moo people got me for life, though, with this receipt: 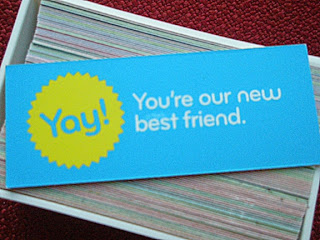 And now, fellow fibre freeks, the Lizard Ridge update that prompted the ritual singing of the Nizard song at the top of this post: 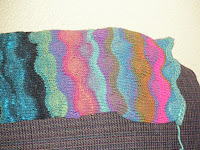 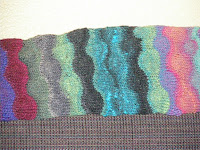 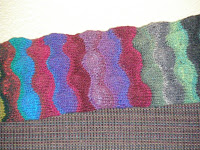 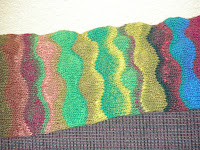 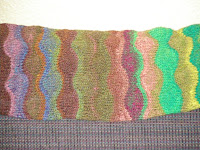 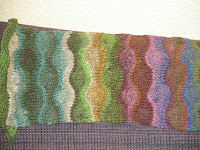 Huh. Where did my pretty picture of Strip 2 go? Would y'all check under the bed and behind the fridge and let me know if you see it?
Anyway...
Strip 3 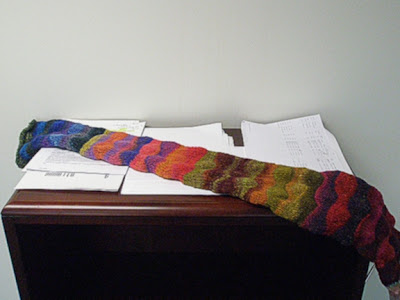 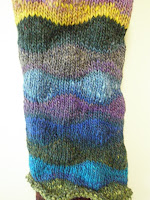 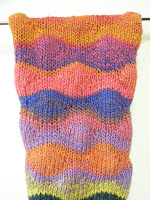 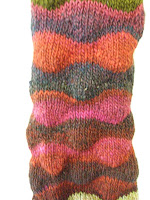 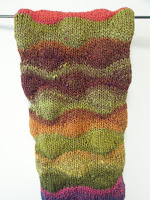 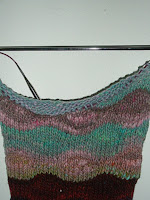 [SUMMARY: Pretty Nizard... and I'm sure there's a Chameleon joke in here somewhere too, for those of you playing along in the comments.]
For your knitting entertainment, Brother joined us at Drunken Knitting night. The emotions ranged from 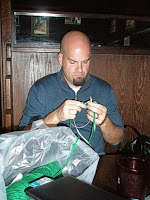 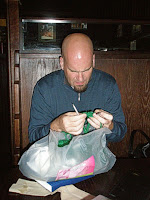 If you think those are disturbing, you should see the look I got right after the flash went off.
[SUMMARY: He can't hit a girl.]
And they were hanging Christmas lights downtown. Christmas light-hanging guys don't use cranes, but they do have colourful ladders.
And apparently some of them are hams.§§ 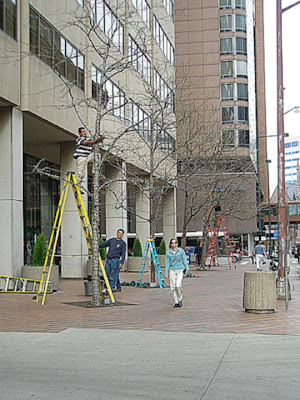 [SUMMARY: And the gods bless us, everyone!]
Leaving to take Dad to the eye doctor. He promised to feed me, so I gotta do it.¶¶

†FOOTNOTE (crossed): That's not a misspelling. Not anymore.

‡FOOTNOTE (double-crossed): Let's see... nineteen pictures at one thousand words per picture... ought plus ought, carry the ought... ow! my brain! three... four... many... an assload...

¶FOOTNOTE (paragraphed): The fact that I actually have purchased one of Caro's cases at Sylvia's House of Fuzzy Crack should in no way influence the cool factor of also having won one.

#FOOTNOTE (pounded): Where My Stitches At?

††FOOTNOTE (ddouble-ccrossed): And the raven, never flitting, still is sitting, still is sitting
On the pallid bust of Pallas just above my chamber door.
And his eyes have all the seeming of a demon's that is dreaming,
And the lamp-light o'er him streaming throws his shadow on the floor;
And my soul from out that shadow that lies floating on the floor
Shall be lifted - nevermore!
‡‡FOOTNOTE (doubble-crossssed): Mostly involving alcohol or dim lighting.
§§FOOTNOTE (two hurricanes fighting under a blanket): Note the guy in the navy blue sweatshirt taking a break from untangling strings of lights to get his picture took.
¶¶FOOTNOTE (three wood, five wood?): No, seriously, I would have taken him anyway. In fact, the appointment was originally at 8:00 in the morning and there was no lunch involved. I'm just a good daughter. But he's still going to feed me.