Where Is My Accountabilibuddy? 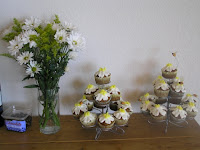 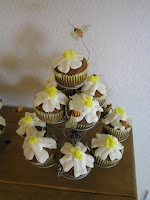 I had a wild weekend (baby shower aside) -- at least a wild Saturday night -- in the shitstorm in my brain. I've tried for a good, long while now, but I can't make it interesting. At best, I get to histrionic. Apologies all 'round. Boys do that to me. The Boy does that to me.

I will tell you that the most dangerous thing about The Boy for your ol' AntiM is the chemistry. Sheer, pure chemistry. Kelly told me Saturday night that I was glowing (we were talking spa treatments, so it's not like I was just sitting their glowing like a pregnant woman. Just want to keep things real, here). I said, "It's from standing next to The Boy." We had a good laugh, but I swear to two things that speak miles for chemical reaction:

1) He smells amazing to me. He doesn't wear cologne or aftershave or any of that stuff, but he smells like burnt sugar and almonds and cedar. One night last summer, I was snorking on his neck like my cat snorks around a tuna can, damned close to taking a nibble, and -- realising it had gone beyond a discreet little sniff and was into full-on weird and maybe required an explanation of some kind -- I said, "You smell *so* good." I may have drooled in his ear a little right then.

"What? Ballpark and two beers and the walk to your house?"

Now, I've never had pure chemistry (not in the emotional way people talk about, but in the basic, raw pheromonal way that makes someone smell edible to me) with anyone but The Boy, so I don't have a lot to compare it to, but there's something primal there. And given the way we met, I'm guessing he has the same reaction, even if he doesn't put it into words whilst drooling into my ear.

See, that first night we met, I was paying my tab, he said hi and we tossed a couple of lines of small talk between us. About two steps away from him and I wanted to go back. Come to think of it, in the aftermath of my offering to stay if he'd get me back to my car, he spent a certain amount of time snorking around my neck. (Ha! Evidence!) And I was a fright that night, oh my friends: pudgy (read: fat), frumpy clothes, no war paint, legs unshaved, pedicure questionable, hair a wreck... in fact, I hadn't even showered that day because I'd been working at home and lost track of time until I had to haul ass to my massage appointment. I was NOT on the prowl that night. And yet... we managed to get pretty torrid, all personal hygiene issues aside.

2) When I'm around The Boy, other boys want me. Alone at the bar watching sports and some guy will usually talk to me about the game for a bit, but not to hit on me. However, every time I've ever been in public with The Boy, at least two other guys have wanted to buy me drinks, kissed me, asked for my digits, touched me in what I can only term proprietary ways, *competed* with other boys for my attention... it's not my normal life experience. It's insane.

I can almost claim to have conducted a double-blind, scientific-like experiment with this, because there is one boy who has hit on me TWICE (six months apart) when he's run into me when I'm out with The Boy, but sat right next to me on several nights without The Boy and never said more than, "Hey. How you doin'?" I'm like a prism to The Boy's light -- I cast pretty colours all over the walls and the furniture and the people around me and I fucking *glow*. Other boys start looking for the gold at the end of that rainbow. And when I'm around The Boy, other boys don't interest me at all. Insane. Darwin wants me to breed with The Boy. Darwin is trying to kill me.

[I'm not feeling the Greek Chorus thing so much. It looked better on paper than it turned out to be on, um... paper.

So we're back to... (reserving the right to occasionally talk about myself in third person)

SUMMARY: I'm still entirely obsessive about this Boy thing (nothing changed there over the weekend), but it's probably due solely to chemistry and natural selection and stuff. Not a personality defect on my part at all. Greek choruses are best left to Greeks. And Woody Allen.]

Now, The Boy fondled another girl. Kelly says they're just friends and she has a boyfriend, but it looked a little... fondlish... to me. Kelly says, "He talks about you." Kelly says, "Trust Kelly."

(Kelly also says she's the Real Kelly and all you Imaginary Kellys out there should note that. Don't worry. I love all my Kellys equally, though I certainly spend more time drinking with some than with others.)

Anyway... we left The Boy fondling (or not, if you trust Kelly) another girl at Other Favourite Bar, but only got a little way down the street before The Boy caught up to us. He took our (Kelly and Marin) picture a couple of times, and while I consider fondling another girl a bad sign, I consider his being the only person on the face of the planet to take two consecutive good pictures of me to be a good sign.

We went to Re-Favourite Bar where several things of note (in my shitstorm of a brain) happened:

It's this kind of minute attention to slippery details that makes it so hard for me to get over boys of all kinds, but Boys in particular. I weigh every nuance against every clue against every emotional possibility and I don't sleep for days. If I slept I wouldn't have nearly enough time to obsess properly.

Now, you may remember I was slated to take my father to the airport at 4:00 Sunday morning. When I got home at midnight, there was a message from my brother saying he'd be happy to do it. So I called to accept his generous offer and to drunk-dial-style ramble about my shitstorm of the evening, and the call waiting rang in.

"Really?" said my brother (or something like that -- he may read this, so I don't dare misquote).

I said, "That was me. Are you following me?" striving for that playful tone most commonly used in phrases like, "Hot enough for you?"

She said, "No," in what I believe was a defensive way, fully indicative of her guilt in the matter, and disappeared to the back of the bar.

I had a beer. A boy hit on me (the Prism Effect lasts for up to an hour after I disengage from The Boy). I went home and slept.

[SUMMARY: Wow. I sure can make mountains out of molehills, but when the molehills are that close, they look so much bigger than they are. Objects in the mirror...]

I knit a LOT on Sunday. It was a good day for on-my-ass time. I'm almost done with Kelly's Branching Out, have made significant progress on Pink Magic, am trying hard not to ignore the Stupid Blanket and finished two repeats on the Heathers ("I love my dead, gay son!")

With any luck, I'll F a couple of Os this week and have pretty pictures to post soon. Because you know knitting pictures make everything better.

[SUMMARY: Despite the fact that this blog seems to have *nothing* to do with knitting, I am still knitting. Heathers quotes are still funny. To me.]

**FOOTNOTE (unasterisked): Do you watch South Park? I need an Accountabilibuddy. Someone who, like the posses of professional athletes, will not only keep me company, but will be around to keep my judgment within normal limits and provide a witness to the various shitstorms life has to offer. If Kobe Bryant had had an Accountabilibuddy, he never would have had to go through the shitstorm in Eagle County. I'm just sayin'.