Do Pigs Get Hairballs? 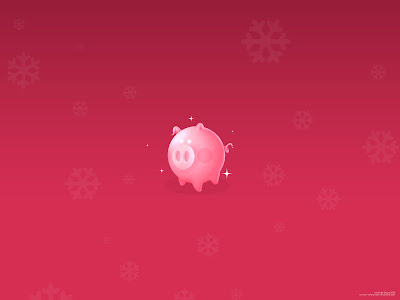 It's possible I do.

Last night, I finished all the knitting on the Vampirates sweater. Then I wove in ends.

For someone who knits in most of her ends as she goes, I sure had a lot of needlework to do.

First I tried spitting on my fingers and mashing the yarn ends together† to suitably configure them for threading through the eye of the needle, but they'd be just damp enough that the fibres would stick to my fingers and actually pull apart more.

So I stuck them in my mouth like my ancestors before me.

And ended up with a throat full of superwash.

Imagine the cat's surprise when I started *hornking* when he tried to sit in my lap.

[SUMMARY: Hornking a hairball on the cat? Priceless.]

Our fantasy draft is tonight. Brother has taken over commissioner duties for the league.

I used to have a lot of fun with it. I wrote funny, insightful, clever articles every week. I trash-talked with the best of them while maintaining benevolent stewardship of the rules.

Every year the whining got worse.

Last year's "Jack gets up earlier than me and gets better players. Can you change the add/drop every week... maybe make it random so it's fair to everybody?" left me completely cold. And over it.‡

I think it's good for the league and for their ex-Commishette to change regimes.§

But it's really hard not to keep calling Brother to remind him to bring pens and draft sheets and bye week sheets and...

[SUMMARY: Fantasy leagues come and go, but a big sister is forever.]

Unfortunately, our fantasy draft is tonight, coincident with the grand finale of the DNC.

Back story: historically, our drafts have been twelve rounds. Tonight, we're doing fifteen.

I am a little invested in the state of traffic as we try to make it home past the population zones, possibly when they're letting out.

There's some consolation in the fact that we'll be mostly streaming toward downtown while the masses are streaming out of downtown.

[SUMMARY: Did you not hear? I'm not commissioner. I'm allowed to whine now.]

Hans and I are going to take one last lunchtime peruse of the 16th Street Mall today and say farewell to the DNC and all its pamphlet-passing glory. You should see the pile of political paraphrenalia I've amassed.

All I need is the "Make Out, Not War" sticker and the donkey frisbee to make my life complete.

[SUMMARY: Marin's goals much exceed her reach, or what's an Internet for?]

CNN gave a shout out to my neighbourhood. Or at least that portion where we shop and drink.¶

If you look at the photo, go down the street as far as you can, you can just not quite see the Coral Room just beyond the tree.

Marin says: With a name like "Paprika," it's hard not to be influenced to think of a spice. And I definitely got strong spice at the first blast -- I would have called it pepper all on my own.

After it bloomed for a minute, I got violet and pepper. Or maybe violet and cedar. Cedar is kinda peppery. Since this is a Jean Claude Ellena, we'll see what the roll-out looks like.

After a half-hour, its lightened up a lot and now smells like fading violet with a slightly petroleum edge.#

Late in the evening, it reminded me very much of my Pink Jasmine, with its bright jasmine and white pepper notes.††

‡FOOTNOTE (double-crossed): And sending emails to say, "Please print this email and take it to the mirror. Read it out loud to yourself and if you still want to put forth this idea once you've done that, make an immediate appointment for a vasectomy. We don't need your kind breeding."

#FOOTNOTE (pounded): Not as bad as it sounds. I think violet has a slightly petroleum edge anyway -- it's what makes it violet and not, say, lily.

††FOOTNOTE (ddouble-ccrossed): And I think I completely failed to mention the pepper in my review of Pink Jasmine. It has pepper. So now you know.

$FOOTNOTE (on the money): I'm giving myself credit for recognising pimiento as part of the pepper family. Otherwise I'd be o-fer and nobody wants that, right?

‡‡FOOTNOTE (doubble-crossssed): Clove! Cool! I love clove! I can kinda see it now that I've read it.

§§FOOTNOTE (look behind you): I looked up "ember wood" on Wikipedia, but mostly I got firecraft and a character list from Elfquest.
Posted by Marin (AntiM) at 9:25 AM