I Have a Fantasy

Oh, fantasy draft, how I love you.

How I loathe your aftermath.%

Boys can become real pussies over fantasy football, let me tell you.

Our league is usually pretty easy-going, but there are little flair-ups† once or twice a season that make me want to scramble all their teams and leave the commissioner duties in the not-so-capable paws of Quill, the Cat for Scale.

Old Chicago had a fine draft party special ($6 all-you-can-eat pizza) and, well, they have beer.

In fantasy commissioning,‡ as in many things in life, I like to maintain a policy of calm-before-the-storm me-time.

When I was Meg's maid of honour, I hosted her shower at the Fourth Story, a lovely restaurant that used to be on top of what used to be the Tattered Cover in Cherry Creek. I showed up an hour early so I could set up, then have a glass of wine by myself.

I like to get to work early and get a glass of water or a cup of coffee and settle in a little before the rest of the work world is buzzing around.

I'm usually the first to a party, and I'm always happy to help the host because mostly I'm just happy to be there and have a few minutes to breathe and grab a cocktail before it gets too social.

You may note a "drinking alone" theme. Don't be alarmed.

Pretty much how I handle fantasy draft. An empty table and a full Sam Adams and I feel I've reached a goal.

Look. No men. Can you believe this falls under the heading "fantasy"? 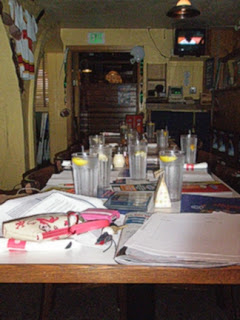 Then the boys show up and, since I'm keeping track of everybody drafted and available, and since I'm drafting for myself and Eric (who didn't attend... again), it gets a little hectic.

To be fair -- because I'm ALWAYS fair$ -- since only six out of ten of our league made it to the draft party, most people were drafting for two. Most of the guys that don't show are lucky if their rosters don't include Michael Vick, Roger Goodell and Gisele Bundchen.

But none of them has the commissioner drafting for them, a woman held to that higher standard.

Oh, look! It's the boys from poker! 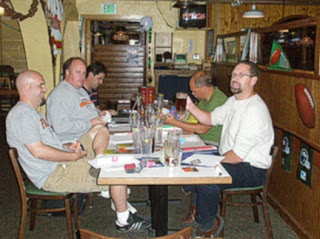 And today the boy-whining begins.

"Jack gets up early and he gets all the good players. Can you make free agency random every week so he can't take all the players while I'm sleeping?"§

"Can you run up a complete list of everybody's draft and email it to us so we can have plenty of time to lodge complaints before today's free agency deadline?"§

But this too shall pass, my team is solid and -- if nothing else -- it means football is back and hockey and basketball aren't far behind.

[SUMMARY: Are you ready for some FOOTBALL?!]

Are you ready for some KNITBLOG?!¶

Louet's Pearl for some Cookie A patterns from Wendy at Lanas de Libélula. Note the special bonus Soak and the very nice sachet thingie she sends with everything. It has lavender, I'm pretty sure, and maybe cedar. It smells really good and makes me happy and... y'know... gift with purchase. 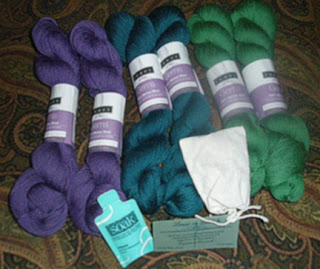 And I got these from The Knittery in Australia. It's sock yarn. With cashmere.#: 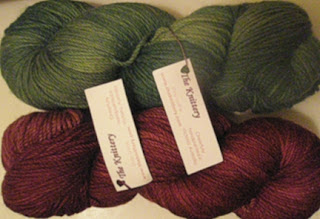 Daphne sent a nice note (I like nice notes with my yarn. So personal) and this:

I come from a land down under 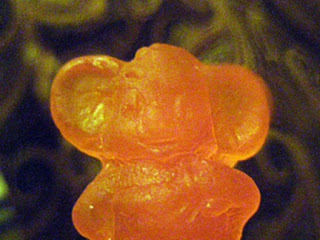 Which Cat for Scale licked shortly after this picture was snapped. He then proceeded to make biscuits†† all over the Girl Colours Big Baby, so I had to shoot him.

No, no... he's still alive, but I'm getting my revenge by posting a less-than-glamourous photo of him that makes him look like a Moonie after a chronic break (note the ravaged Girl Colours Big Baby in the background).

Oh, and I'm making him take over the fantasy league.


All your fantasy teams are belong to us 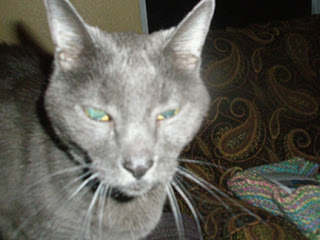 †FOOTNOTE (crossed): Preparation H. I need Preparation H for my fantasy flair-ups. Wow. Imagine the potential for Google abuse with that sentence.

§FOOTNOTE (swerved): I am not making these up.

#FOOTNOTE (pounded): Once again, with nylon. 20% cashmere and 20% nylon and the nylon wins again. Nylon! Reigning champion! Spoiler of the luxury feel of luxury fibres! I now have silk/nylon and cashmere/nylon and they both feel kind of dry and fuzzy (tennis ball fuzzy, not bunny fuzzy) rather than silky or soft. Don't get me wrong, it's pretty. And I can still tell... whomever... that I knit them cashmere socks or mittens or... whatever. But it doesn't feel like cashmere.