Bits and pieces to clear some of the blogclutter out of my brain:

Father left for the Great White North yesterday, oldest sister (my Aunt Judi) in tow. Sunday, we took his Winnebago† to said aunt's house so she could pack some of her stuff and stock the fridge and such and we had breakfast with my aunt and uncle.

I made sure -- in Aunt Judi's presence -- to tell Dad to keep an eye out for qiviut. I'd like you to imagine this conversation I (willing to pay $40 a skein for cashmere%... hell, willing to pay $25 a skein for plain ol' superwash sock yarn if the colours are pretty enough^) had with my father (balks at $25 for a pair of jeans):

"What does 'expensive' mean?"

"What does 'more expensive than cashmere' mean?"

"Oh, yeah. The stuff you're using‡ is about 50 grams, so yours is a little under two ounces."

*sigh* I'm not holding out a lot of hope for qiviut.

In retrospect, it probably wasn't fair to make my poor father assess the price point of any qiviut he may run across.§ But if they have roadside qiviut stands where yarn is $20 a bushel, I'd hate to miss out. Besides, I made sure Aunt Judi knows the score so she can talk him off a ledge if there's a two-bushel minimum.

[SUMMARY: There is a good reason married couples should maintain separate checking accounts.]

Last night was the last night of Stitch Therapy at Sylvia's House of Fuzzy Crack, the lovely little LYS a mere seven blocks from the Barfly Beach & Resort.

Alas, that store is no more.

We drank wine and reminisced as we knitted. Then we carried the green chairs out of the annex for the last time and stood sniffling a little at the big, bare shelves and the pink-striped wall with its proud, gilded POSH, now standing alone and fuzzless.

I have another sad yarn story to tell you (gossip from Stitch Therapy):

The Recycled Lamb, a local shop, was vandalised recently. From what the knittas at Syl's said, some kids were sitting on a roof across from the shop chucking rocks at the front window. Once they broke it, they tossed firecrackers in.

Thousands of dollars of sock yarn# was thrown away because of glass shards in the skeins.

[SUMMARY: Get a drink if you have to. Make it a double.]

While I'm horrified at the travesty, I also must sheepishly (ha!) admit that my first thought was, "I wonder if that stuff is still in the dumpster."

Mary Kay and I stood shoulder-to-shoulder on the wall of shame, proclaiming what we would be willing to do to save the yarn, including dumpster diving,†† winding hanks into balls four or five times to remove glass and taking the chance on slicing our fingers to ribbons.

[SUMMARY: Where dorkdom and fibre-lust meet, there I will be...]

At Lyda's request (more or less),$ I am posting a list of fifteen books I truly love. Fiction. No classics,‡‡ no particular order, not saying the *best* books, only some of my favourites.


Then, because I lost sleep in the dorkest nights over not just hammering home some authors, I'm including a list of ten authors. Who don't show up on the book lists, above.¶¶

And have a lovely holiday weekend. 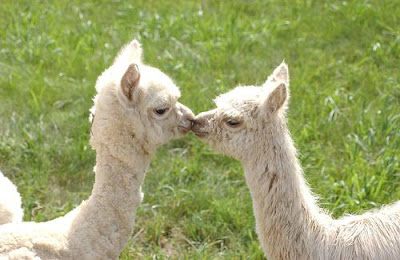 %FOOTNOTE (percented): And let's not forget the $100 pair of buffalo socks I willingly forked over for.

^FOOTNOTE (careted): Or if you tell me it's a limited edition. *ahem*

‡FOOTNOTE (double-crossed): Mission Falls Wool, which is about $6 a ball, or $3.41 per ounce, for those of you scoring at home. I'm sure he thinks he's comparing apples to apples when his eyes bug out like that and his eye starts twitching, but there's far less overhead in knitting than, say, fishing (his big hobby of choice).

§FOOTNOTE (swerved): It was also probably not fair to smack him in the face with the utter insanity that is his only daughter's hobby mentality. However, if he says anything, I'm going to ask him to run me a tally on fishing equipment he owns. I've rarely spent as much in a month on yarn as he might spend on a single fly rod.

And I don't have a Winnebago for my stash. Just sayin'.

¶FOOTNOTE (paragraphed): 'Specially the back room.

$FOOTNOTE (moneyed): Notice how neatly I blame this on poor Lyda.

††FOOTNOTE (ddouble-ccrossed): Under cover of night. This involved (in our fantasy, which we acted out in the middle of the store) Black Ops uniforms and facial camouflage as well as a lot of very military-like hand gestures and a whole soundtrack just like you see in the movies when they have to free Sarge from the POW camp.

‡‡FOOTNOTE (doubble-crossssed): Because I would have to agonise over tossing Gone With the Wind, Jane Eyre, Little Women, Emma and the Phantom of the Opera. It was just easier this way.

§§FOOTNOTE (look at them curves!): Because I would have to agonise over tossing any number of knitting books, not to mention Dave Barry. It was just easier this way.

¶¶FOOTNOTE (I have no more paragraph crystals! I'm givin' her all I've got!): Because I would have to agonise over *which* Bryson or *which* Kingsolver and I'm just not strong enough. Besides, this way I can sneak in that many more books by pushing the entire oeuvre of each author.
Posted by Marin (AntiM) at 10:47 AM